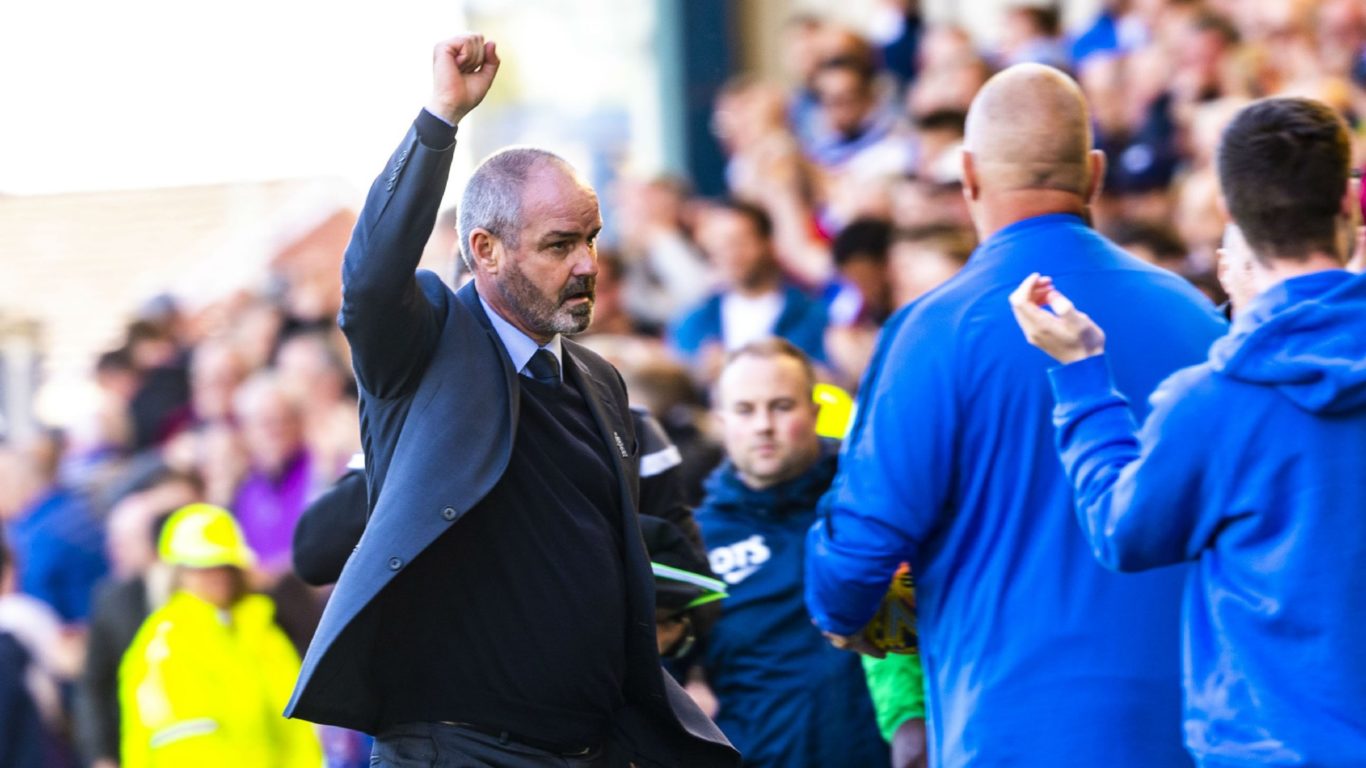 Steve Clarke was full of praise for his Kilmarnock team after defeating Hibernian 1-0 at a sunny Rugby Park.

A first-half Eamonn Brophy penalty secured all three points in a keenly contested game in front of a bumper Rugby Park crowd.

And with an exciting clash with Rangers to bring the season to a close next week, all eyes will be on Killie.

“I thought we played really well. I think we created some good chances and opportunities – maybe a wee bit wasteful in front of goal. Lacking in composure that could have meant we won the game a bit more comfortably,” he told Killie TV.

“Discipline and shape is something we’ve worked on since I’ve come here. We’ve shown that we can be well-organised and hard to beat,

“I’m really pleased for the boys who have come into the team a bit later: Rory McKenzie and Alex Bruce.

“The players enjoy working together, and I think if you can keep a dressing room happy, that’s great – and I think we’ve done that here.”

Following the club’s decision to cut Rangers’ allocation for next week’s big season finale at Rugby Park, Clarke spoke of his hopes to see a big home crowd to cheer on the team as they chase a confirmed third-placed finish and European football.

“Everyone plays their part, and we’re hoping for a big crowd next week. It’s really important that the Kilmarnock public show that Billy, Phyllis and Cathy have made the right decision by only giving Rangers one stand.

“It’s important that people come out and support that decision, and hopefully the team can give them something to shout about and finish the season on a high.

“It was excellent, in my first home game, I think there was just over 3000 people watching. We’ve come a long way in a short space of time.”

Tickets for Sunday’s season finale must be bought in advance from The Killie Shop at Rugby Park.

Existing Moffat Stand Season Ticket Holders can buy a ticket for the Moffat Stand for Adults £15, Concessions £10 and U16s £5.