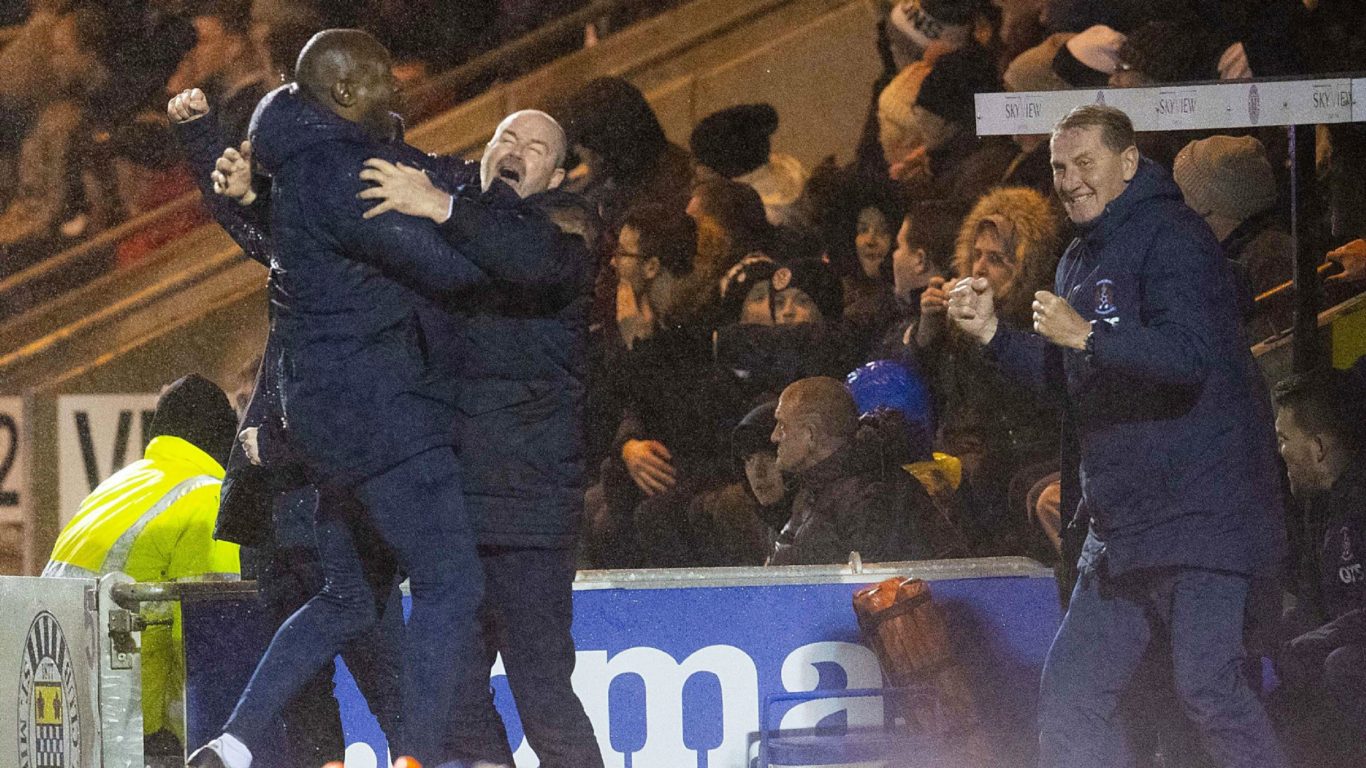 Steve Clarke expressed his joy as Killie took another huge step towards our goal of top six football thanks to a dramatic 1-0 victory over St Mirren.

Liam Millar came off the bench to tap home the winning goal with three minutes remaining to ensure Killie sit in fourth spot heading into the final four matches before the split.

The result ended a run of eight matches without a victory and five games without scoring a goal with the wet and windy conditions making free-flowing football tough for both teams on the night.

“It’s nice to get the win. We knew it would be tough” the manager said.

“I always felt the first goal would be crucial and thankfully we got it and it was a good time to score near the end as well.

“Both teams tried to play the way they wanted to play. The first half was pretty even – I don’t think there were too many chances at either end.

“Second half we got a grip of the game and controlled it, it looked like there was only one team who wanted to win and that was Kilmarnock although we did leave ourselves open a couple of times by overcommitting.”

He added: “It was good for Liam, he’s had to be very patient to wait on some chances. He’s come up from Liverpool and he has a big career in front of him. It was nice for him to get that goal tonight.

“It will do his confidence the world of good and he’s going to play a good part for us between now and the end of the season.”

And the Killie boss also had words of praise for central defender Stuart Findlay, who produced another fantastic performance on a tough night for those at the back.

He said: “Stuart Findlay made a couple of great blocks but when you
are trying to win the game, sometimes you have to take that risk and
fortunately it paid off for us tonight.”