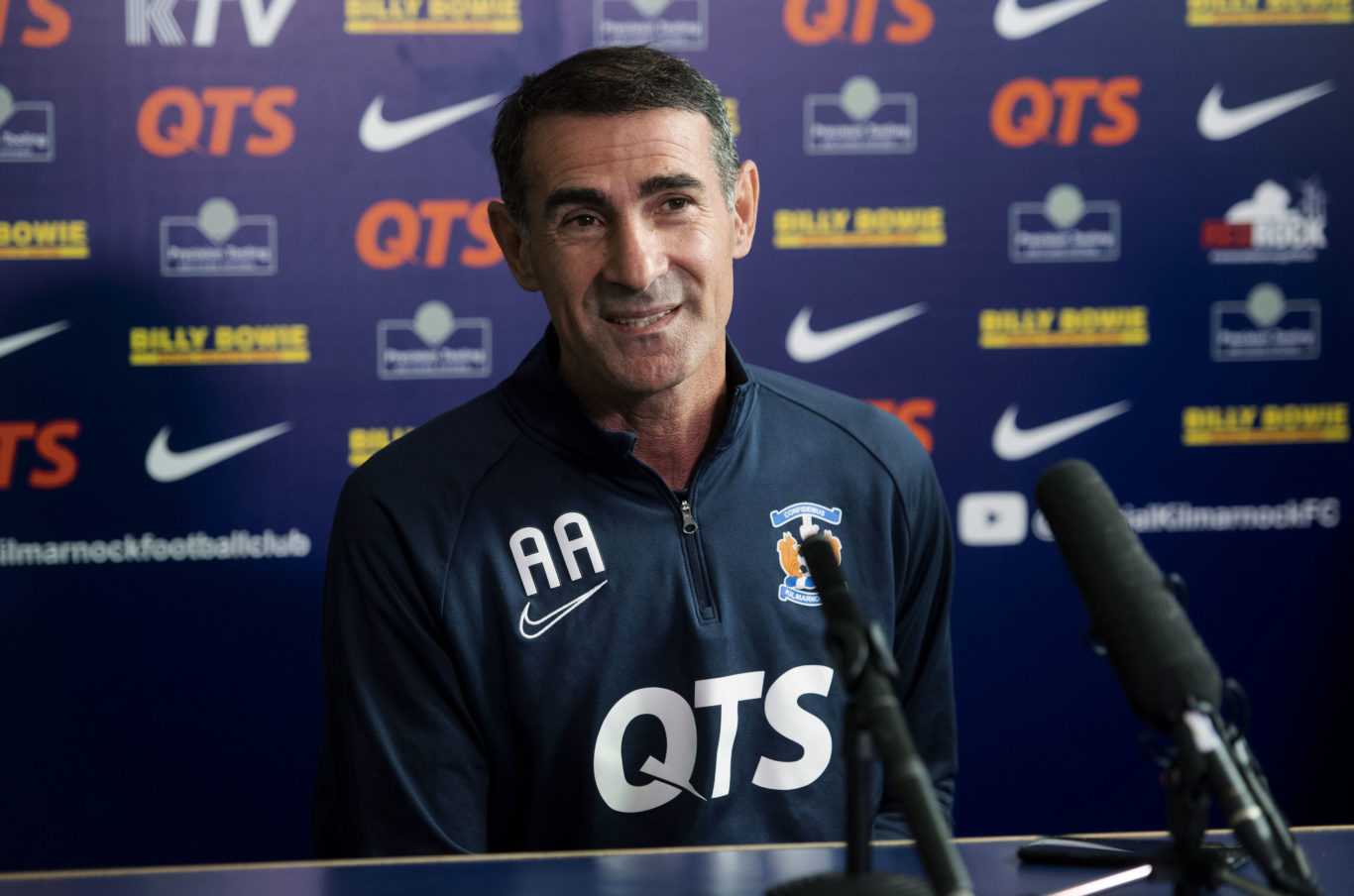 Boss: Let’s give fans something back

It’s round two against Hamilton, and despite giving Killie a bloody nose on league duty last week in Lanarkshire – the manager is “optimistic” that his team can turn it around at Rugby Park.

“We are working very hard. I think we’re ready for this game,” he told the media ahead of the cup clash.

“It’s important we keep our focus, because before we were being punished for every error in defence.

“I also want to give something back to the fans that they can be proud of. I understand we have had a run of defeats, but I’m still optimistic.”

With 17 corners and 17 attempts on goal at the FOYs Stadium last week, Angelo believes the pieces are coming together for his team.

He knows more than most how critical a first win will be, and hopes a cup victory will provide the boost the players need.

“It’s important that we analyse our mistakes, learn from them and find a solution,” he explained.

“I’m confident. In training this week, I saw a lot of hard work. It makes me optimistic to see such good players,

“I believe that a good run in the cup creates so much confidence and gives us something to focus on.

“I think that first win is coming, I can see that the team are playing well and creating good oppotuntities to score.

“We know this team (Hamilton) and appreciate it will be a tough game. We need to work hard, play better and be better. They work so hard but we appreciate we need to get those points.”

You can watch Angelo’s media conference in full on Killie TV.