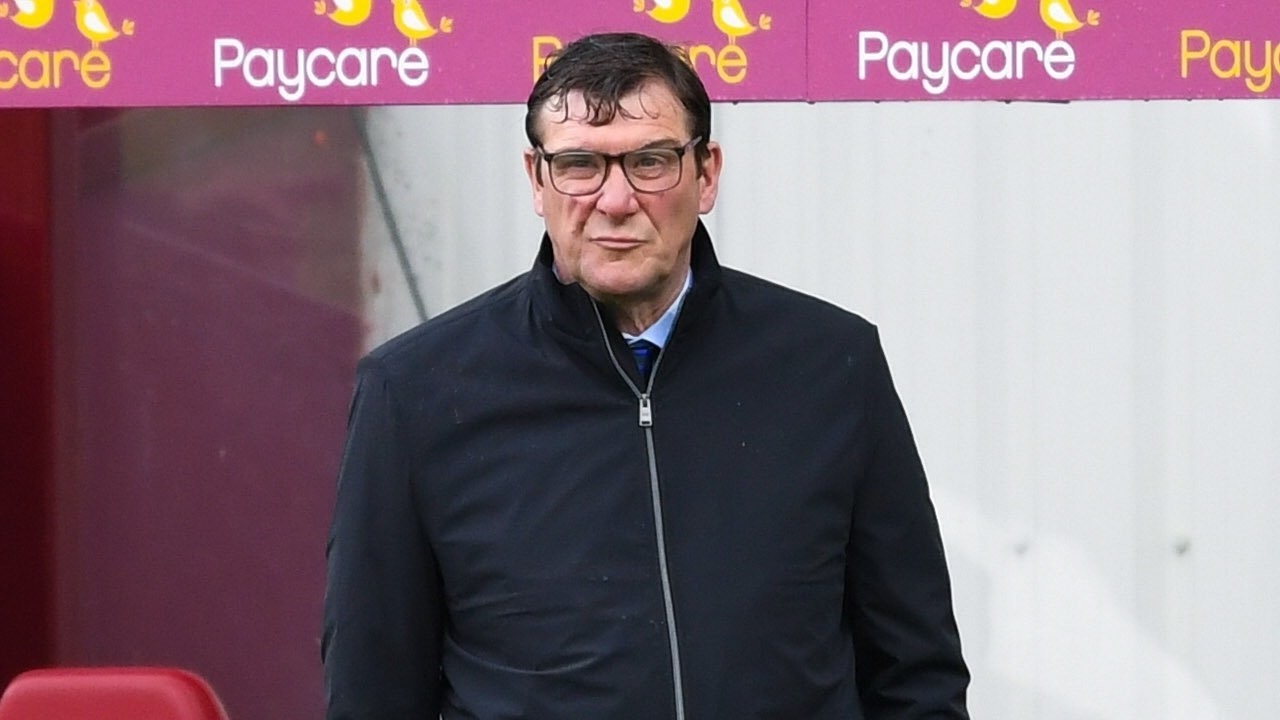 Tommy Wright expressed his huge disappointment after watching his team go down 2-0 to Motherwell at Fir Park.

Goals from Devante Cole and Stephen O’Donnell saw Killie slip to 11th in the Premiership table with just two matches of the regular season remaining.

“To win a game, you have to compete and I don’t think we did, particularly first half and then we’ve started the second half which has been indicative of how we’ve started a lot of second halves by giving away a preventable goal.

“It’s a good finish from Cole but we dive in and make things easy for them. To be fair the reaction was good. They didn’t have many chances but apart from Burkie’s shot and one for Kyle, we didn’t really threaten their goal to get us back in the game.

“The performance probably looked as though it lacked energy but they’ve had plenty of time to recover [from Monday’s Scottish Cup tie v St Mirren] so I don’t know if it was a mental thing. It certainly wasn’t a performance worthy of three points.”

Our result combined with wins for Hamilton at St Mirren and Ross County over Dundee United, mean we sit one point behind the Staggies with six points left to play for with Accies and County facing each other next time out.

The Killie boss reflected on the latest round of results and looked ahead to our home clash with St Mirren.

“We’ve put ourselves back in the hole again and I’ve told the players that.

“We had it in our hands and we haven’t started the game well and we didn’t start the second half well. There were periods of the game where we had control but we didn’t threaten enough: we didn’t do enough and our passing was sloppy.

“There was a lot wrong with our game today with too many individual errors particularly in possession. We’ve got two games left and we have to try and get six points and hopefully Ross County drop points as well to get out of the play-off place.”

Aaron Tshibola, Chris Burke and George Oakley were introduced in a triple change around the hour mark with the score at 1-0 and the manager explained the thinking behind the switches.

He said: “Tish came on and did really well, he looked a real threat going forward. We were 1-0 down and we needed to get two strikers on the pitch. Burkie coming on gave us a bit of quality as well and he nearly scored.

“We got the ball into good wide areas but we didn’t put a good final ball in. We tried little short passes when we’ve got two strikers up there so just put it in the box.

“There was a lot wrong with the performance but to be fair at 1-0 down we did try to get back in it but it wasn’t to be the case.”