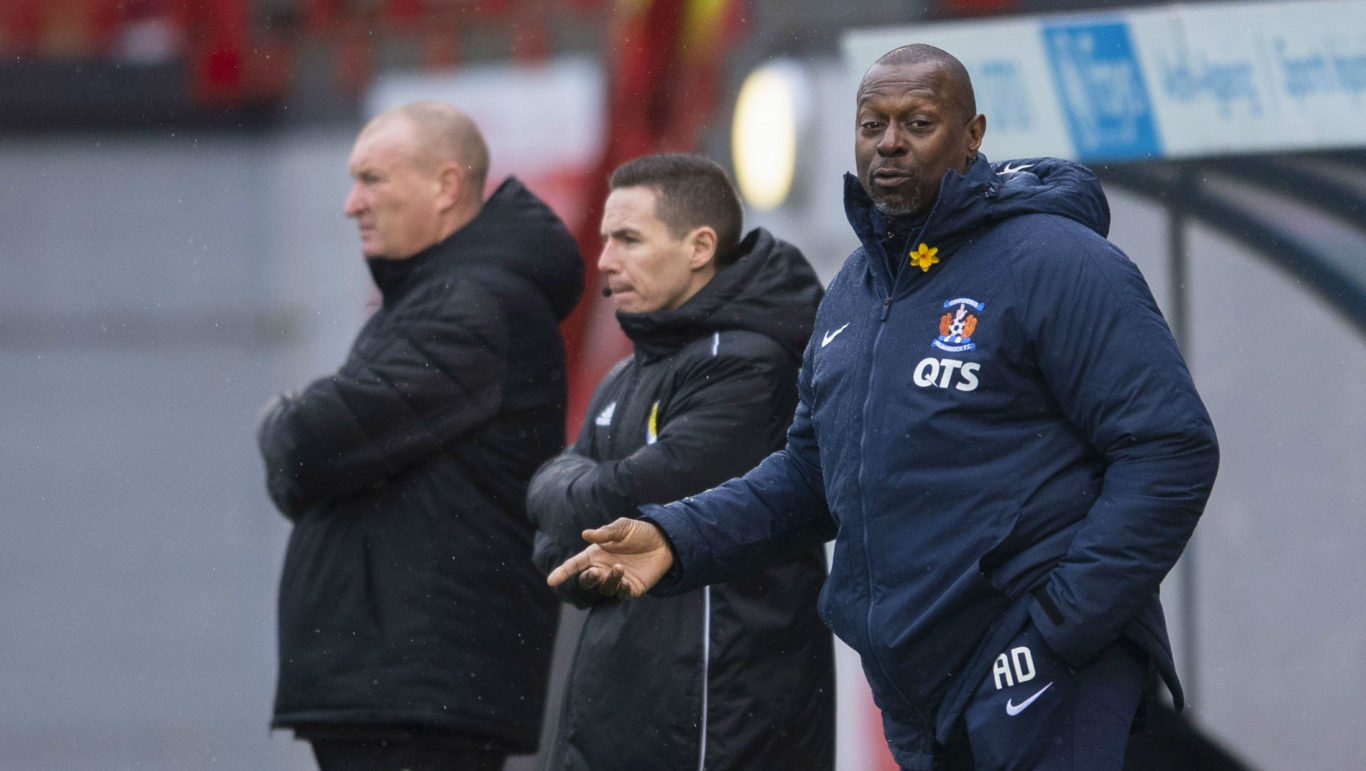 Alex Dyer has challenged his Killie players to start showing their quality in next weekend’s home clash with St Mirren.

A last-minute penalty from Marios Ogkmpoe saw Killie lose out to ten-man Hamilton in Lanarkshire in a huge blow to the team’s top six ambitions.

Speaking to Killie TV after the match, the manager says the players must pick themselves up ahead of taking on the Buddies at Rugby Park.