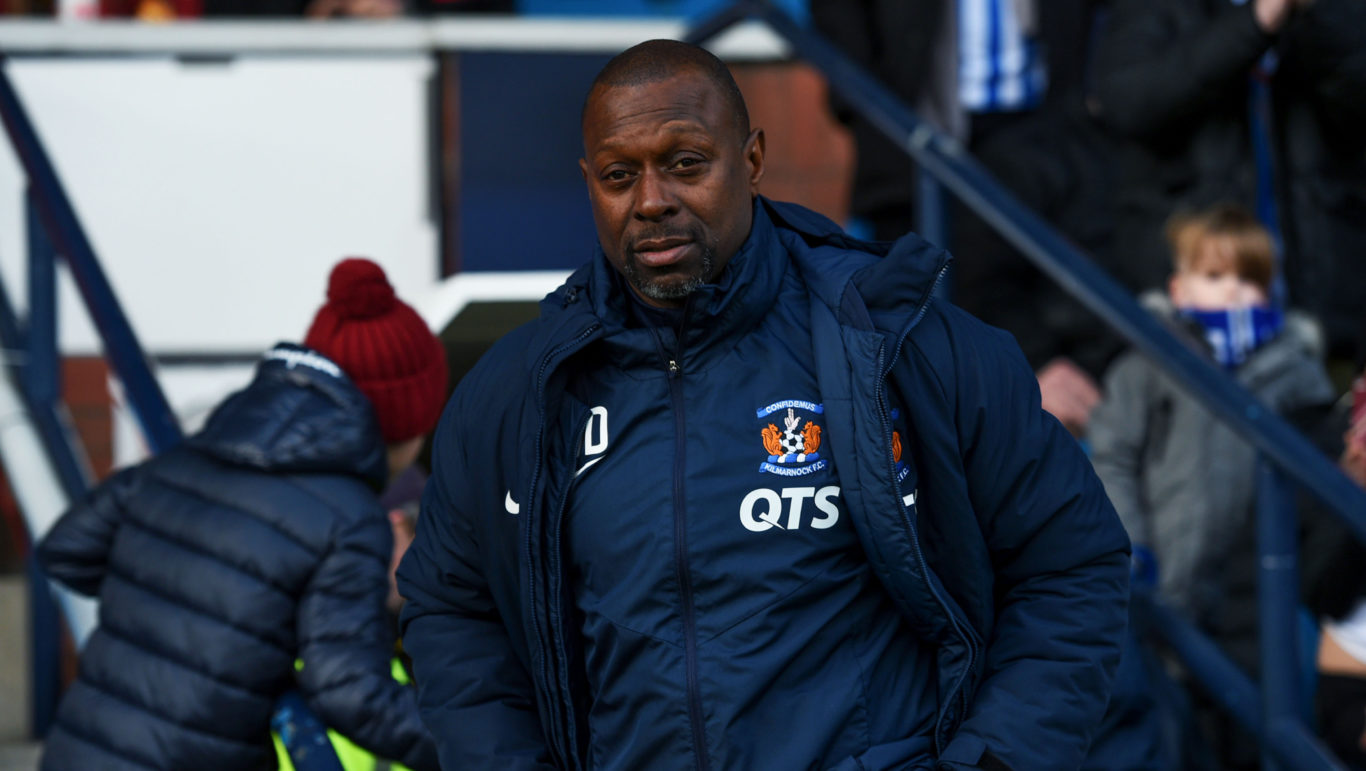 Alex Dyer says he’s pleased with his attacking options ahead of tomorrow night’s trip to the capital to face Hearts.

And with a stern test against a resurgent Hearts team at Tynecastle, the manager says he’s pleased with a new option ahead of the showdown in Edinburgh’s west end.

“That’s why I brought the big man (Nicke) to the club,” he told Killie TV ahead of the match.

“It gives me another choice and a great partner to support Brophy.  He’s also mobile enough to play on his own, so we have that range.”