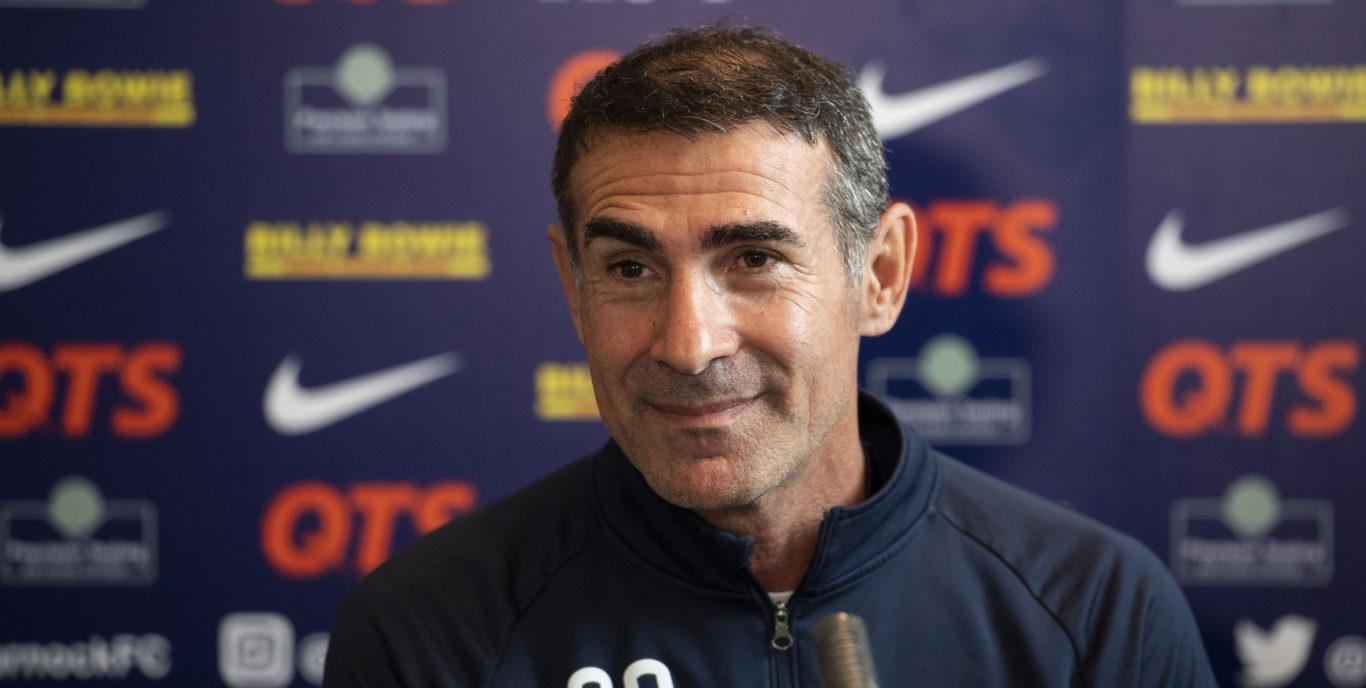 Angelo Alessio wants his team to show the right attitude against Hibs tomorrow night, as Killie battle for a spot in the semi-finals of the Betfred Cup.

With just one more win required to book a trip Hampden, the stakes are high for everyone of a blue and white persuasion.

Hibs come to Kilmarnock with a point to prove as they look to battle back from the weekend’s derby defeat to Hearts.

Killie have no shortage of motivation themselves however, as they bid to reach a first semi-final since 2012 – the very same year we lifted the League Cup.

“Yes, I think it’s very important for the club: and for the fans. One more win and we’re in the semi-final, that’s big,” he told the media ahead of tomorrow’s match.

“It’s critical that we show the right attitude tomorrow, we know that Hibs will be very angry about losing to Hearts. Our focus and motivation is going to be key against a good team tomorrow.”

Goals from Liam Millar and Mohamed El Makrini were enough to sink the Hibees on their last visit to Ayrshire a fortnight ago.

And whilst he hopes for more of the same, Angelo knows history counts for nothing, and expects the match against the Edinburgh outfit to be far from plain sailing.

“When a team is in difficulty as Hibs are, they are hard to play against. We won’t think about playing a special way against them, we need to play as we have the past few weeks with that same intensity.

“That last match is the past. The present, tomorrow, is another game. We can’t let that distract us.”

An additional boost for supporters was the news that the manager has a fully-fit squad to choose from ahead of tomorrow night.”

“It’ll be a similar squad: we don’t have any injuries. I’ll reflect on what we can do and if any change is required: but that’s it.” he added.