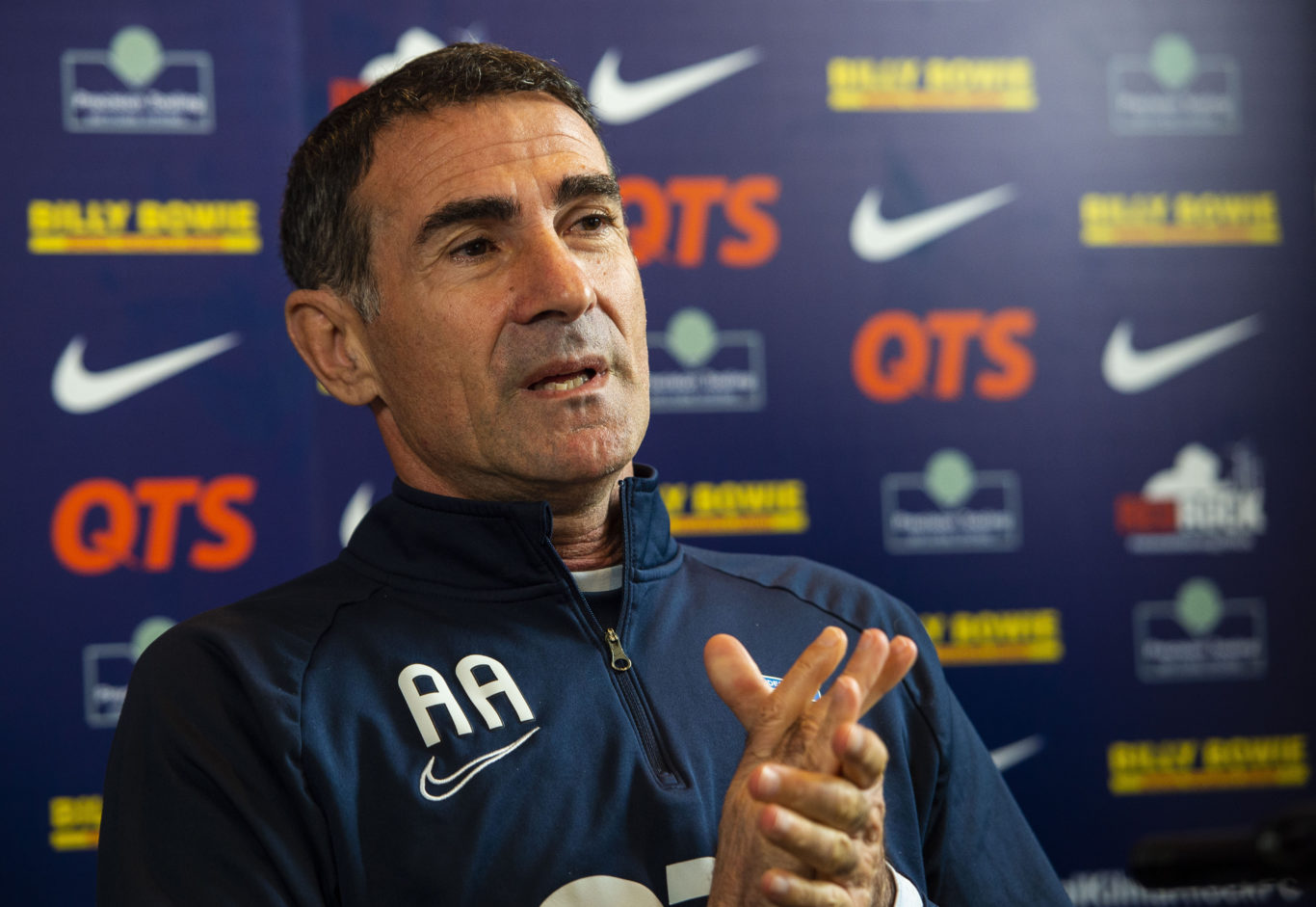 Angelo Alessio says he wants greater balance between defence and attack ahead of tomorrow’s Premiership clash with Ross County.

Killie are looking to get back to winning ways in the league following Wednesday’s heartbreaking cup exit to Hibs, and with 120 minutes of football played midweek – the manager admitted it was a gruelling experience for his team.

“There might be change. 120 minutes is a long shift for my players,” he told the assembled media.

“We’ll decide what and who’s best for tomorrow and that’s something that we’ll reflect on. I”m happy with some elements of our performance, but at the same time, I think we have to improve in attack and find the right solution and balance in defence.

Angelo Alessio on trying to find the right balance between attack and defence for his Killie side.

The men from Dingwall come to Ayrshire tomorrow afternoon with two wins under their belt, but Angelo hopes that work on the attacking side of things in training will bear fruit.

“Every game is tough: Ross County have won their last two games and deserve their position in the table. They’re a good team with good players and we need to be at our best,” he continued.

“We work on specifics in training, we are building every day and understand the need to improve in attack.”

Finally, the working week was ended on a high as we announced that Dom Thomas had put pen to paper on a contract that will see him tied to the club until 2021.

And as the flying winger becomes a key player under the manager, Angelo says he was thrilled that Dom has committed for another year.

“I’m pleased for Dom, he worked very hard in pre-season and he’s got good skills. He’s young and can improve.

“I am pleased for him: he’s a good technical player and he had a very good experience at Dumbarton. We’re very happy.”