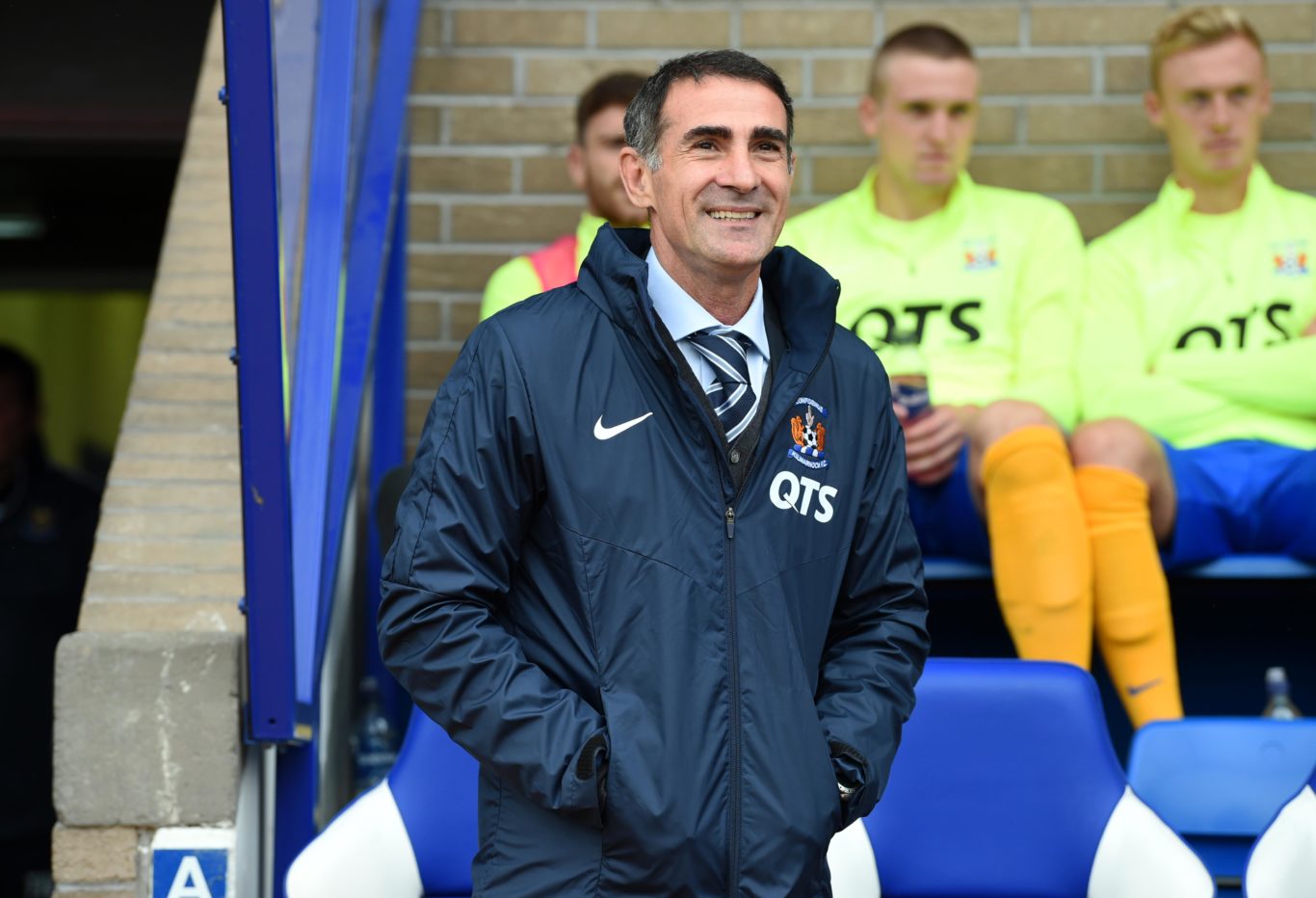 Angelo: The fans were brilliant

Angelo Alessio has heaped praise on the travelling Killie support at McDiarmid Park, following our first win of the Premiership campaign in Perth.

A Stephen O’Donnell strike on the cusp of half-time was enough to ensure all three points went back to Ayrshire – and with the manager leaping about with joy at full-time, he knows how important a vocal away support is.

“We prepared the game in the training session and today I saw what we prepared,” he told Killie TV.

“I think it is very important to win this game for every one, the club, for me for the staff for our support. Thanks for the support today because I heard it all the time and it is important for us.”

With Stuart Findlay, Kirk Broadfoot, Greg Taylor and Chris Burke all missing through injury – the pack was hastily shuffled.

And despite a composed showing in Perth, the manager wants to see greater quality as his team moves forward.

“Yeah, but we were in a bad situation because of injuries and we got Del Fabro last minute. There was also his international transfer situation but he came and today I thought he played well. Every player played well,” he explained.

“I think the team really wanted this win. I saw compact play, I saw strength and the team was strong in every minute of the game and of course we scored the goal with Stephen O’Donnell.

“I think this team deserve this game because in the last two games we have improved our performance but I think we can do better in the future, but while we accept this result, we can do better.”