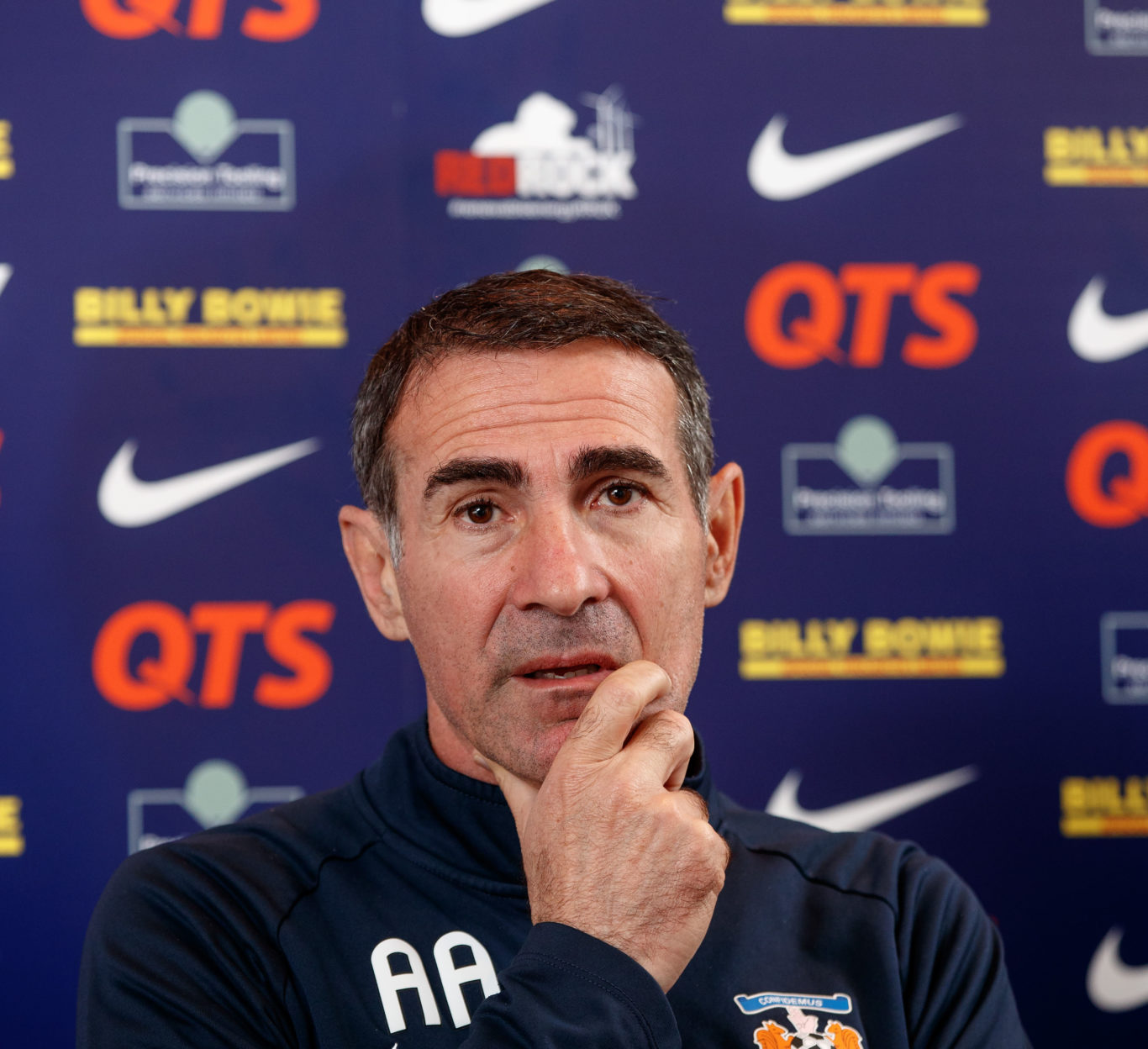 Angelo Alessio thinks one way to solve Kilmarnock’s attacking issues, is for the whole team to start chipping in with goals.

With little to shout about in front of goal during the last two matches, the manager says he knows his forwards need to be more clinical when they step up to the oche.

But with so pressure piled on the marksmen, Angelo admits he wants to see the responsibility of hitting the back of the net spread throughout the team.

And with Osman Sow ruled out of a return to Tynecastle through injury, the Killie boss says he will turn to other attacking options to fill the gap.

“As I’ve been saying, we have to improve in attack,” he told Killie TV.

“This week we have worked very hard in training with strikers and midfielders. It’s important to score goals, yes, of course, for our strikers, but also for the midfield – everyone needs to contribute.

“Eamonn is available for Saturday, but it’s bad news for Osman; he took a bad one against Ross County and we’ll miss him for five or six weeks. We have options with Dom and Harvey.”

With Craig Levein’s men seeing an upturn in form in recent weeks, it’s sure to be tough test against the Gorgie men.

With physical players like Uche Ikpeazu in the Jambo ranks, Angelo knows Killie will need to be at their best as they look to combat Tynecastle tactics.

He said: “Hearts have been playing well and getting results. We have to be at our best if we want to win: it will be a good test against a physical side, A very good test.

“They play an interesting game, we have to be at our best.”

And finally, press was interrupted by the news from Hampden that Stuart Findlay had been called up into Steve Clarke’s Scotland squad for October’s double-header.

Angelo added: “It’s very good news, I think Stuart deserves a call-up. It’s good for him, but also very good for the club: it’s important to have Killie players in the national team.”