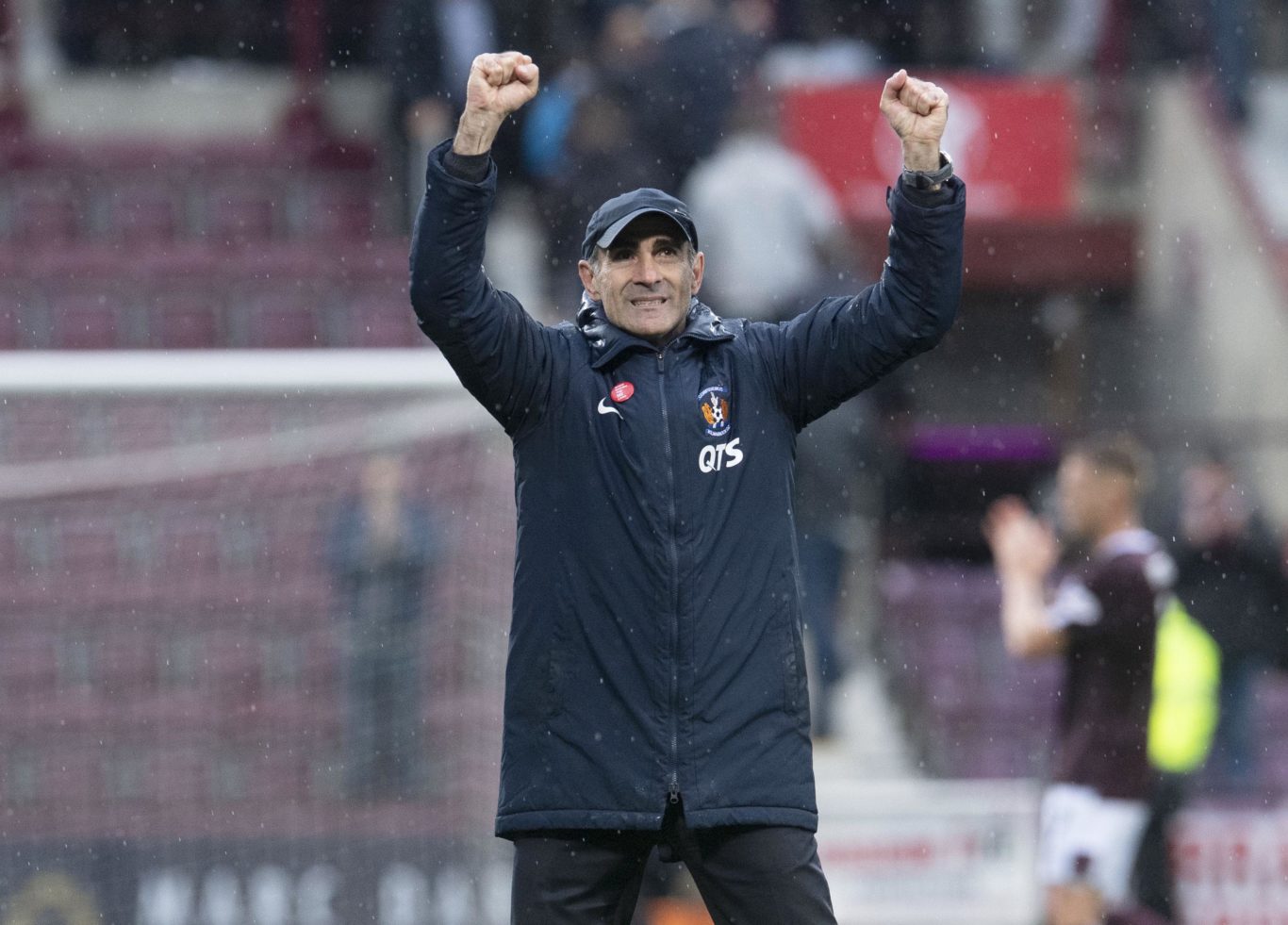 Angelo Alessio gave a glowing assessment of his side’s 1-0 win over Hearts in Edinburgh, but stressed that there is still room for improvement.

Chris Burke’s first-half header sealed a fine win in Gorgie, also our third victory on the bounce at Tynecastle, delighted the gaffer and the vocal Super Killie Away support.

And with the defence receiving glowing reviews ahead of the international break, Angelo says the next step forward for his team is sharpening up in front of goal.

“I am very happy because I saw a good spirit, we played with great compactness and I believe we deserved to win by full-time,” he told Killie TV.

“”We work hard on the defensive side of our game but I still want improvements in attack. That compactness we show under pressure is good, but we simply need to score more.”

Against an aggressive Hearts team that chased Killie throughout the second-half, Angelo says he’s pleased with how his side responded when the Jambos started to turn up the heat.

“Hearts came out with a point to prove and we expected this: we were very good in the first-half. Then when we come out again, Hearts were aggressive and pressed high.

“They were dangerous, but my team played a solid defensive line. It’s a very good result”.

The last word was reserved for his players, the men who delivered the win for the club and the fans on a rainy day in the Scottish capital.

Another fine defensive showing, improvements in attack – there’s plenty to be happy with. The only thing that could possibly dampen spirits was Eamonn Brophy exiting the game early as he pulled up with an injury.

With two weeks to recover now with the international break, the gaffer says the boys will rest, recover and reflect as he assesses his options going forward.

“Everyone has been playing so well: Dario was excellent today and Bruce, who was so good last week.

“I’m happy for Burkey, he has had a lot of chances to score recently. I’m thrilled that he’s been able to get the goal. I want to thank our fans because all through the game, they cheered on me and the team.

“Losing Eamonn is hard, but now with two weeks to recover is good. We start training again on Monday and look to see what we can do to improve.”