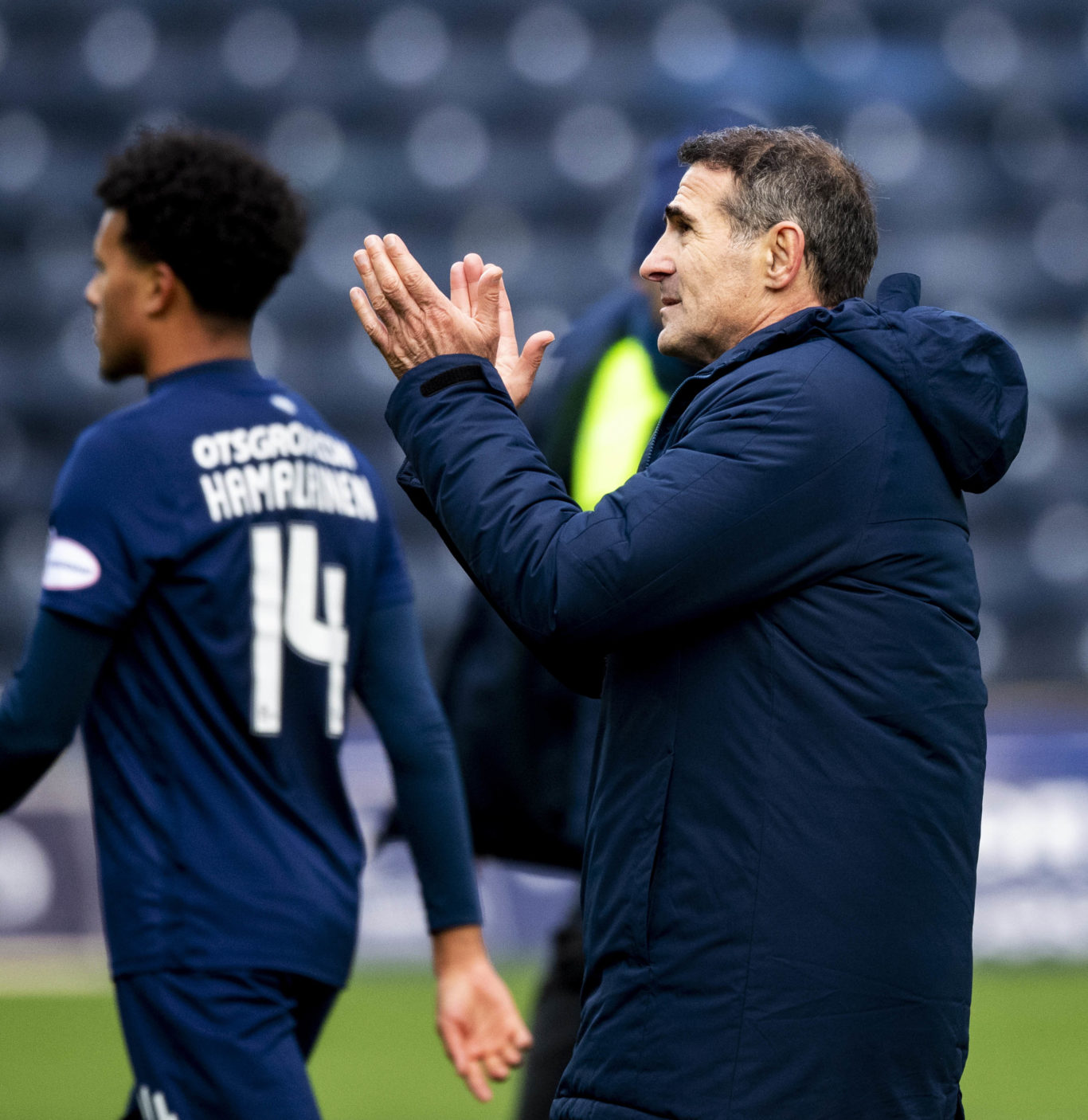 Angelo Alessio was pleased at how his side ground out a positive result against St. Mirren at Rugby Park this afternoon.

Gary Dicker’s header proved decisive in a match where chances were at a premium and battles were aplenty.

And whilst the Buddies dug in and made life difficult for Killie, Angelo praised his side for having the quality to dig deep and grind out important results,

“We are very happy, with both result and performances. We went through bad periods but showed enough quality to win the game,” he told Killie TV.

Angelo Alessio gave his reaction to Killie TV after our home win against St Mirren.

“I watched a lot of their games and they play well. They attack on the counter very quickly and have good attackers – so to get a result against them is very pleasing.

“We still have some issues in attack and creating chances: and whilst it wasn’t great in terms of scoring, the result was more important. We are building upon it all the time, we now focus on the next game and improvement.”

Killie were forced to shuffle the pack in defence twice today following injuries to both Stuart Findlay and Dario Del Fabro leading to their premature exit from the game.

Should misfortune strike and the two are out ahead of our midweek trip to Fir Park, Angelo says he’s happy with the squad depth at his disposal – highlighting another impressive showing from Alex Bruce who stepped up from the bench.

“Whenever Alex plays, he always does well. It’s difficult for him to start because of the defenders we have but he’s the ultimate professional and a good person.

“Findlay’s hamstring was sore, same with Dario. We shall assess their situation on Monday, if it’s bad, it is a shame, But, we have enough depth in our squad to deal with it.”