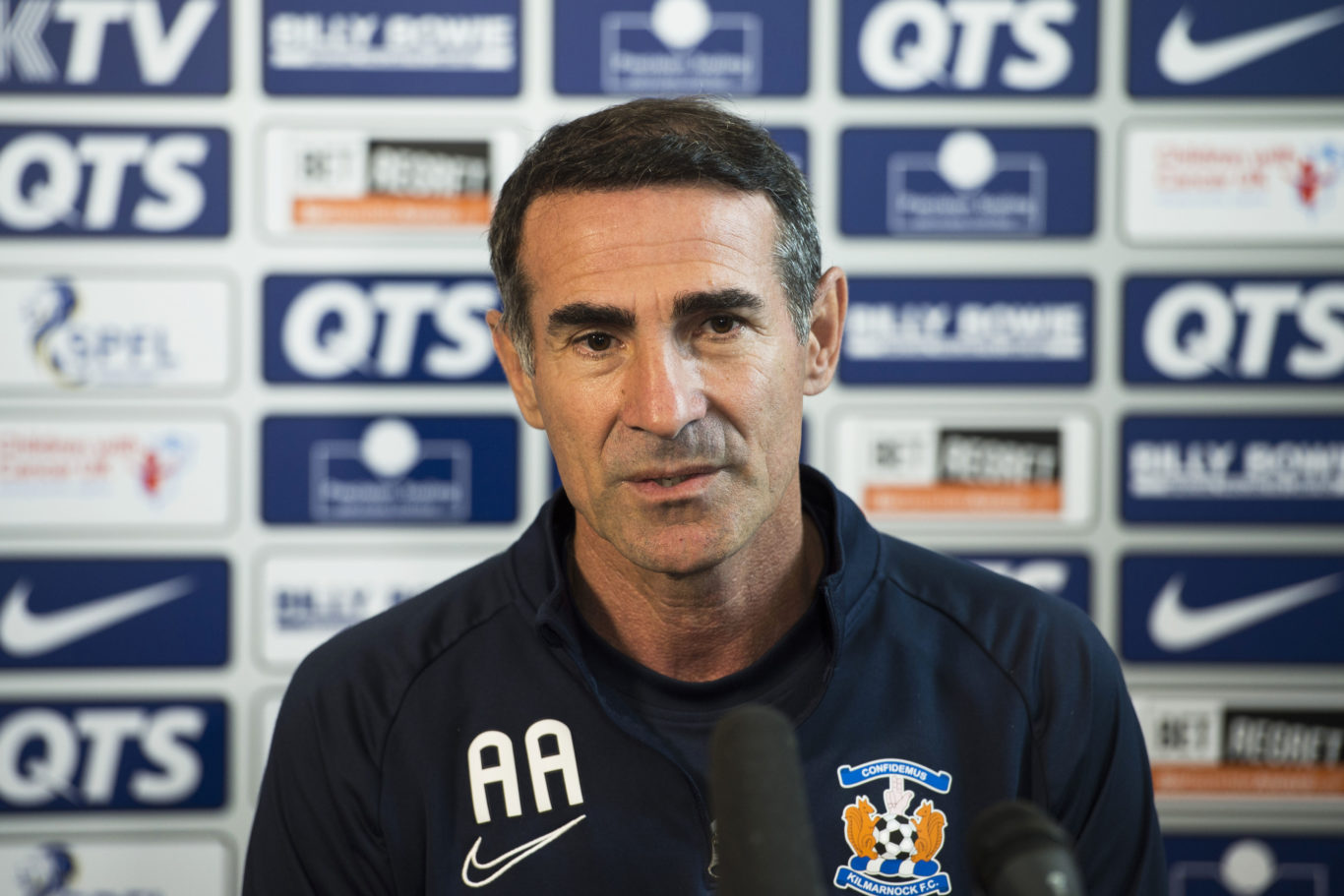 Angelo Alessio believes the closure of the transfer market in England’s top two divisions could present additional opportunities to add to his squad.

Ahead of Saturday’s trip to Hamilton, the Killie boss discussed the potential for new arrivals as Scottish clubs take a sigh of relief at the closure of the window.

“Now the English market is finished, it may be possible to take some other players,” he said.

“I hope we can get some new additions in later.”

With English Premier League and Championship clubs halted from buying players from 5pm tonight, the boss expressed his hope that new options could become available just as they did for Steve Clarke last August.

Whilst still hurting from our opening day defeat at home to Rangers, Angelo reiterated the causes for optimism heading into the weekend encounter with Brian Rice’s team.

“At the end of the game we were disappointed with the result but the team played the right way with the right attitude,” he explained.

“I’m happy with how we played but we have to continue this way.”