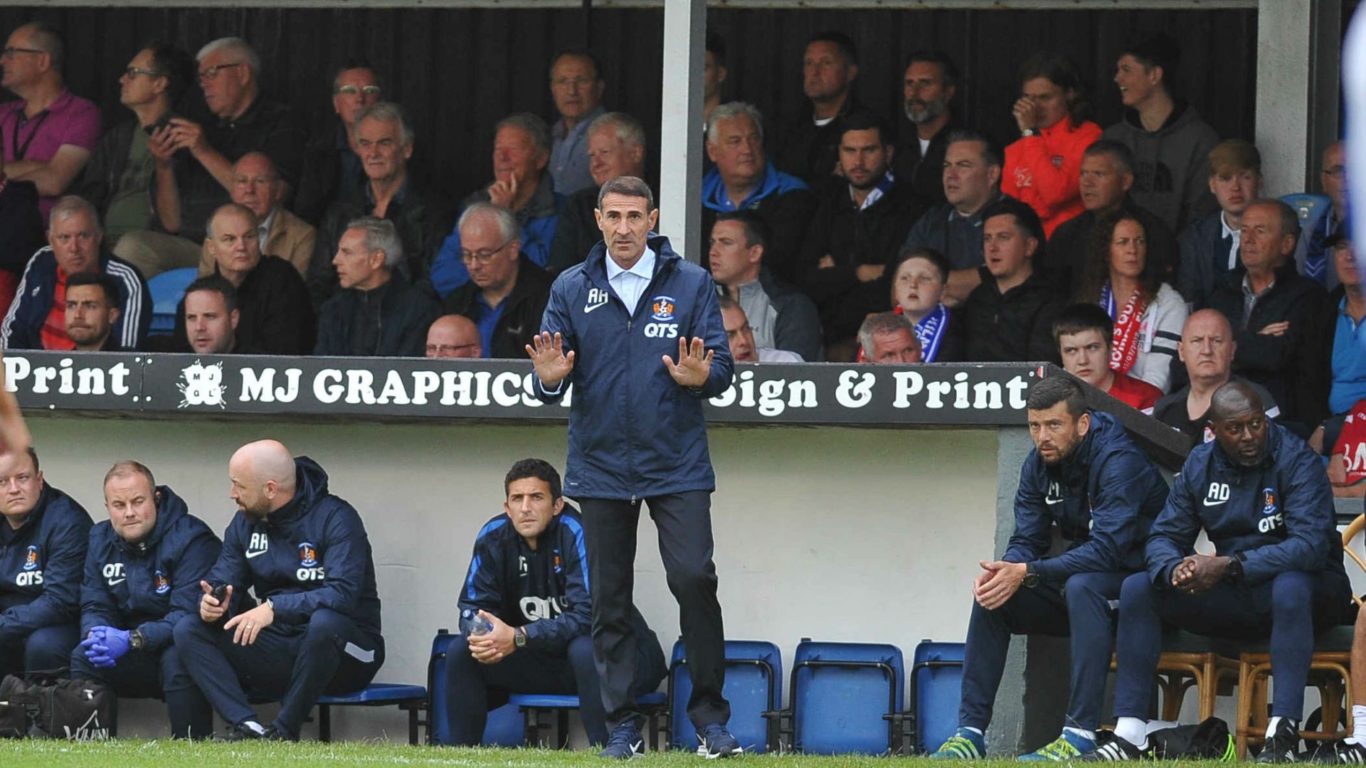 Angelo Alessio praised the character and spirit of his Kilmarnock players as they came from behind to beat Connah’s Quay Nomads 2-1 in Rhyl.

Despite dominating the match, an unfortunate own goal from Greg Taylor saw the Welsh side take a shock lead before a penalty from Eamonn Brophy and an injury-time winner from Stuart Findlay changed the complexion of the tie.

Speaking about his first match in charge, Alessio told Killie TV: “We knew that it would be a tough game and it was. We were ready for this kind of game and after their goal, we showed a good reaction and in the end, we won.

“I watched a lot of games from last season and I knew these players had plenty of character and they showed that today because it wasn’t easy.”

Connah’s Quay remained competitive throughout the match with their physical style on show throughout and Killie’s Italian boss felt his team showed patience during the encounter.

He added: “We play a different type of football and it was difficult when they had 10 men behind the ball for the whole game. This was only the first leg, we have to play again next week.

“We have to prepare well for that match and while the tie is not finished, I think we can play better than we did tonight.”