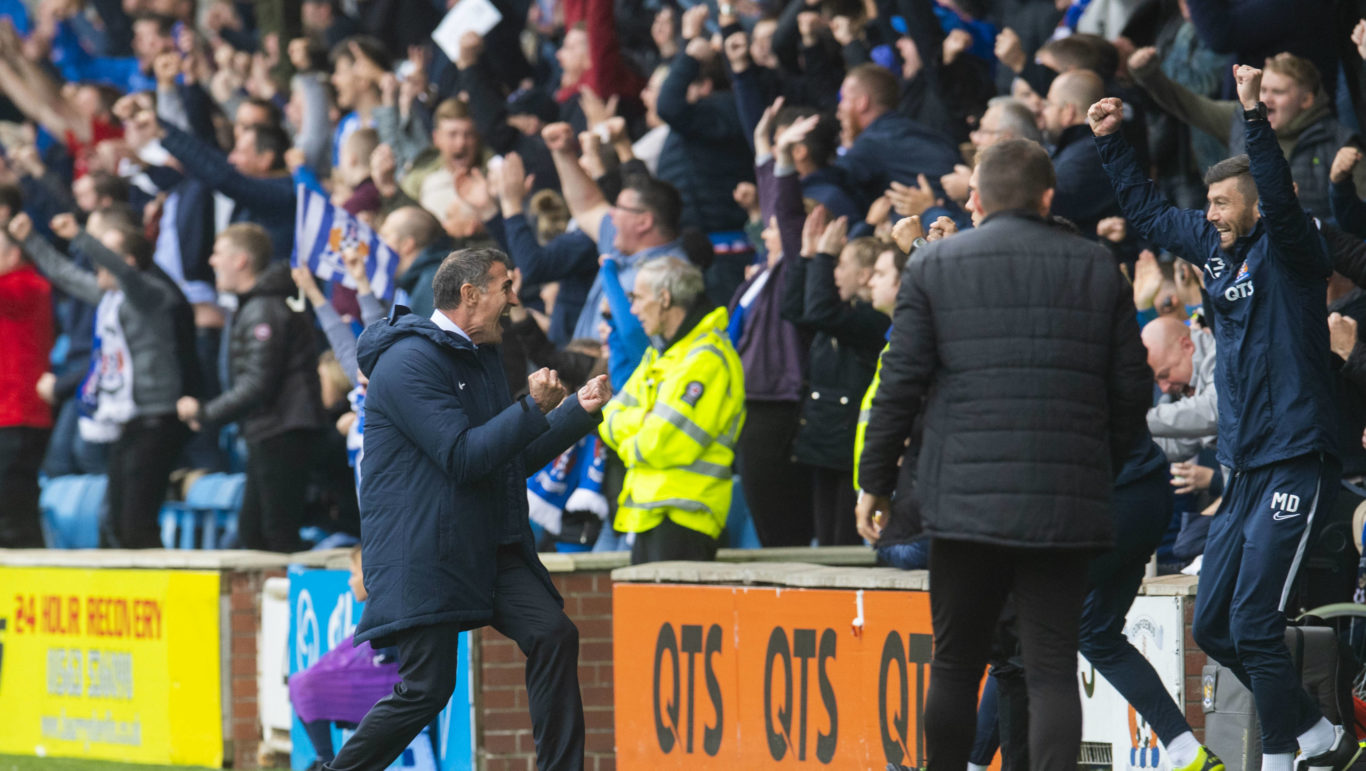 Angelo Alessio was full of praise for his Killie team as they secured a fine 2-0 home victory over Hibernian.

Speaking to Killie TV, the manager said: “I’m very happy because we got a good win and we played good football in the second half and we deserved the win.

“I appreciate the pass from Stephen – it was a very good, long pass and Millar finished it very well.

“We played very well in the second half. It was good to see El Makrini score – in the first four matches we only scored two goals and they were from Stephen O’Donnell.”

As well as building on our previous victory away to St Johnstone, the result also registered Killie’s fourth successive clean sheet.

The manager added: “All the players are improving and we are now compact and solid as a team and we’re taking opportunities to score.

“It was important to have another clean sheet not only for the defenders but we have Dicker, Power, El Makrini as well as McKenzie and Millar helping with the defensive line. They’ve worked very well and I’m happy with this.”