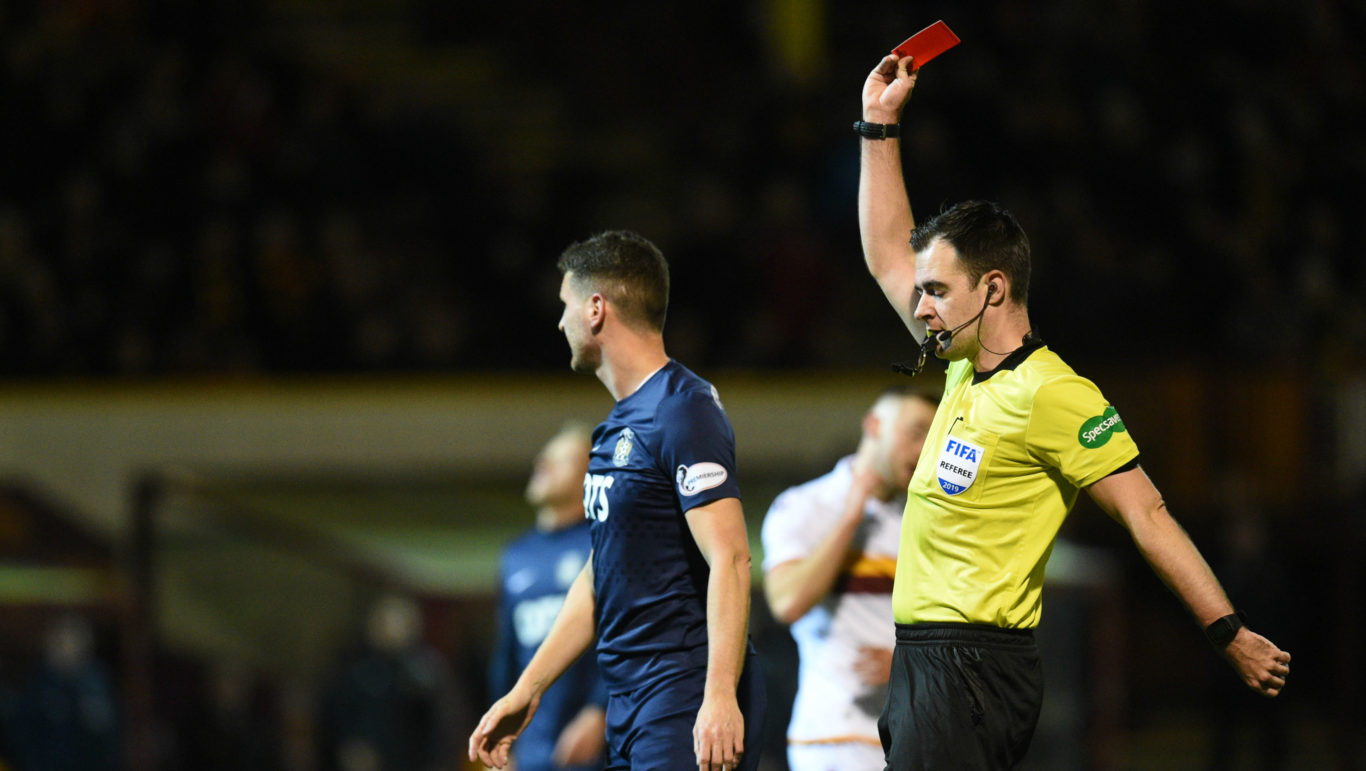 Angelo Alessio has confirmed the club will appeal the red card shown to Alex Bruce in the 2-1 defeat to Motherwell.

The defender was given his marching orders by referee Don Robertson just 12 minutes into the clash at Fir Park after the official judged he had denied a clear goalscoring opportunity to Christopher Long.

As well as giving the Steelmen a numerical advantage, Liam Donnelly scored from the subsequent free-kick with replays suggesting that the Killie defender was hard done by.

Angelo discussed the decision with Killie TV and gave his verdict on the match.