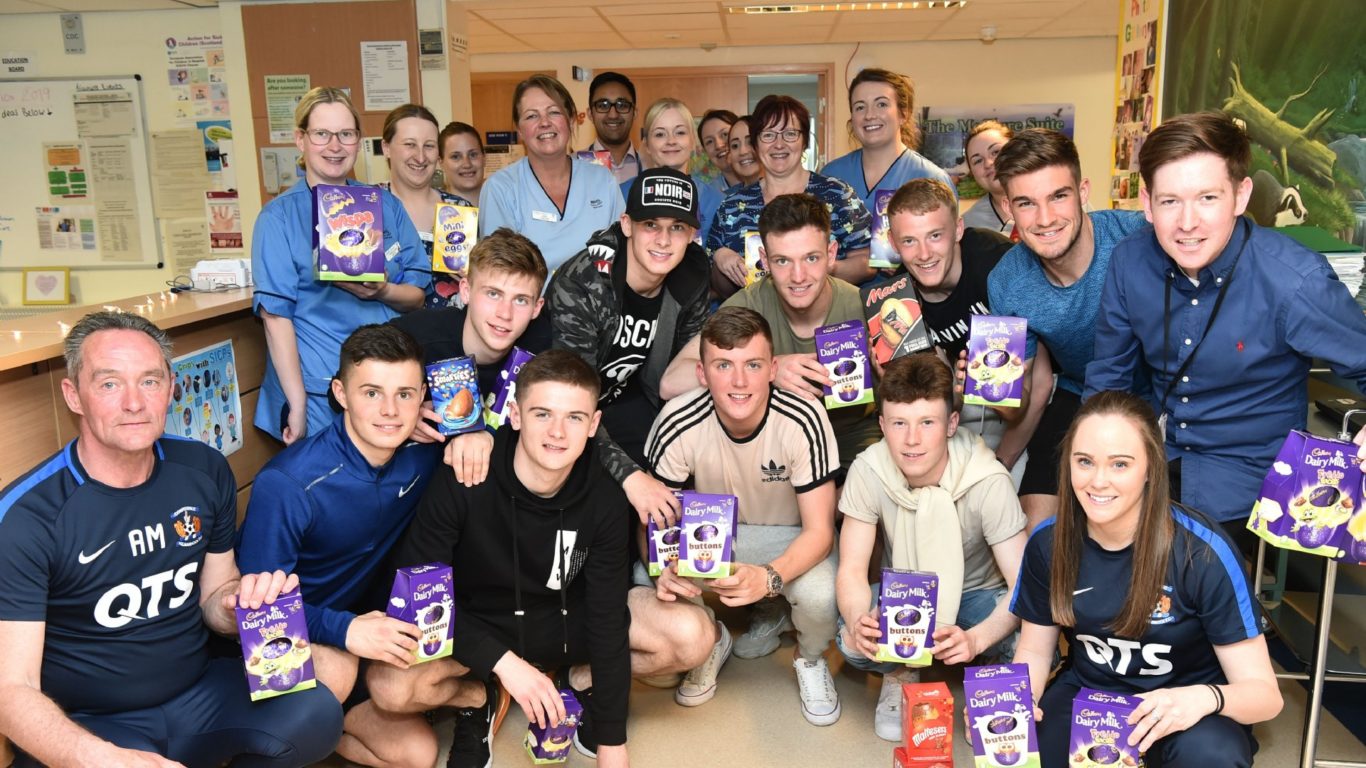 Footballers need to be disciplined about what they eat all year round but especially at Easter with so much chocolate being passed around.

So Reserve Team manager Andy Millen came up with a novel new fines system for training ground games, which would help bring a smile to the faces of his players and others in the community.

Over the past three weeks, members of the losing side in the last game of every training session would have to pay for their defeat in Easter Eggs. Anyone forgetting to bring an egg in would see their punishment doubled and soon the Killie coach’s office was packed with chocolate treats.

Members of the squad joined their manager to hand over the haul to children being kept in Crosshouse Hospital over Easter weekend.

Speaking about his project, Andy said: "I was thinking of a way I could introduce the collection process into the training schedule, and the forfeit for the losing side to have to buy one egg each worked very well for us.

"The club are such a massive part of the community that I thought it would be a great idea to plan a trip for the boys to the Children’s Ward at Crosshouse and drop off some eggs. I didn’t expect to collect more than the bargain aisles in Tesco.

"I’ve always valued the trips to the children’s hospital in my time as a player and a coach, as I think it’s a great way to meet some local fans and learn that there’s always someone worse off than you out there - it’s a lesson in perspective.

"The boys were great and they were delighted to be able to go along, meet the kids and spend some time with them. The staff do a fantastic job there and it helps for them to be able to see just how much their efforts are appreciated."