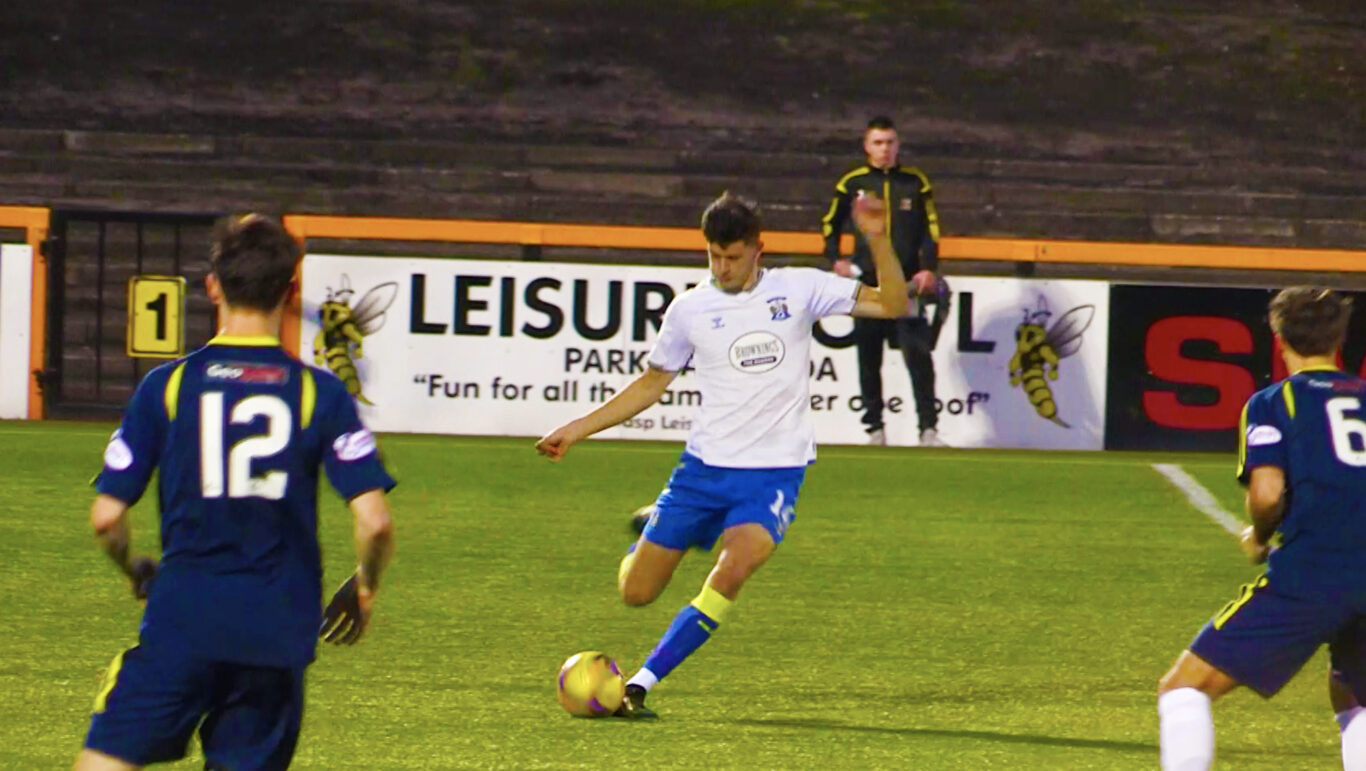 A Killie XI got additional minutes under their belt after securing a dramatic friendly victory over Alloa Athletic in Clackmannanshire.

With Alex Dyer’s men keeping an eye on the fitness of players who haven’t featured as much yet, along with an opportunity for Alloa to get minutes under their belt ahead of the Championship’s return, Killie headed to the Indodrill Stadium with a raft of first team players on the team sheet.

And even with such quality in the squad, Alloa made Killie work for the victory.

With Innes Cameron and Danny Whitehall leading the line, the front two rumbled and tumbled with Alloa’s defensive duo of Liam Dick and Scott Taggart. Chances came, but as every free-kick and ball into the area whizzed past the post or flew over the crossbar – Killie were left frustrated as opportunity went astray.

Zeno Ibsen Rossi impressed, adding a vocal presence and quality range of passing from the back, as Kyle Connell linked play up well against a stubborn Alloa defence.

Even with the experienced heads of Aaron McGowan and Mitch Pinnock there to provide balls into the area, Peter Grant’s men were solid and compact in the first-half as they shut Killie out and battered away the ball at every threatening set-piece.

Early in the second-half an oncoming Tomas Brindley was chopped down in the area  by Kevin Cawley, with Danny Whitehall stepping up to send the ball past Neil Parry.

For a while, it looked like a plan was coming together – but two goals in the last ten minutes from Adam Brown and Alan Trouten appeared to have ripped up the script and hand Alloa the victory with little time left

Killie’s young players stepped up to the plate. With minutes to go, Tomas Brindley picked out sub Steven Warnock in the area with a delicate ball – the young attacker  controlling the ball before steering it past Parry.

Fellow sub Euan Deveney was the man who secured victory. Skipping up the left, he looked to tee the ball up for a waiting Warnock in the middle, but his effort zoomed past his teammate and under the arm of Neil Parry to hand Killie the win with just two minutes left on the clock