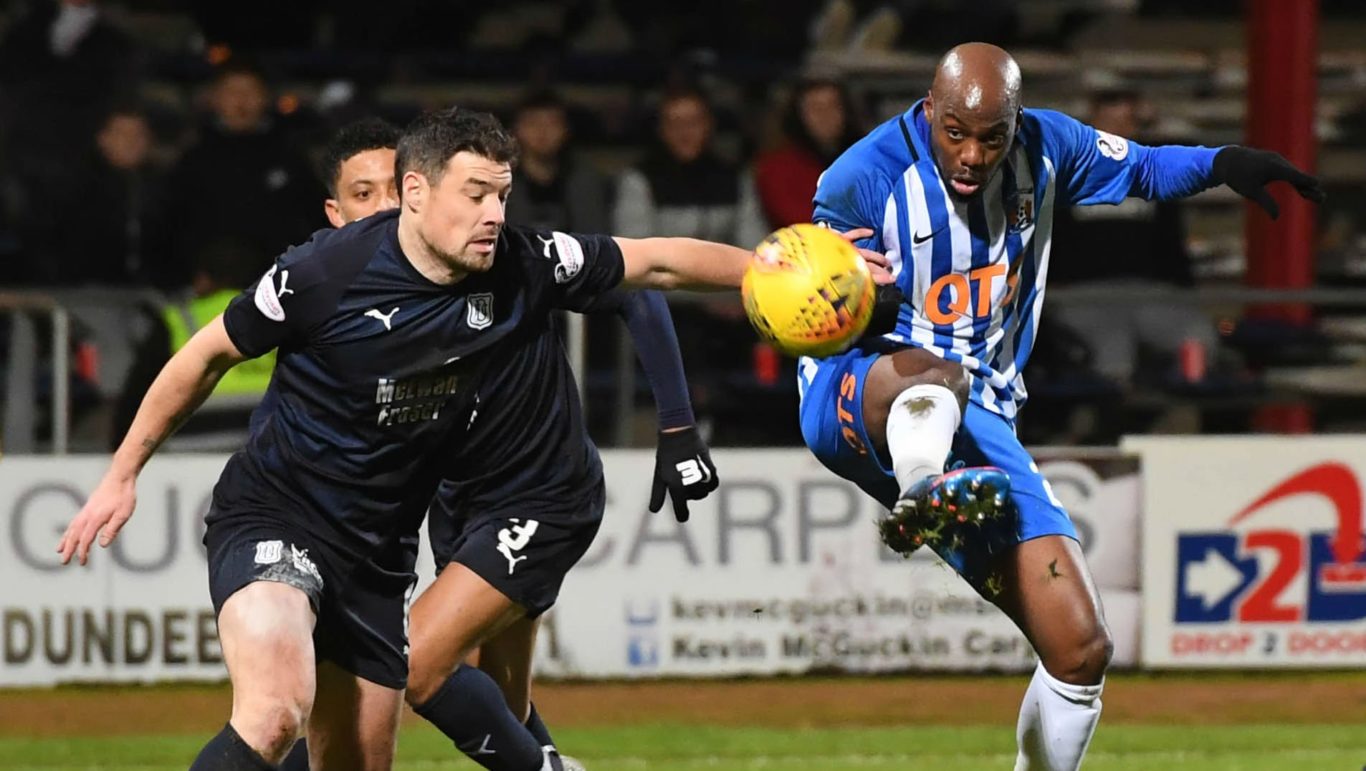 All smiles for Mulumbu after Killie return

Youssouf Mulumbu walked back into the home dressing room at Rugby Park and was immediately greeted with smiles.

Following a hectic deadline day move, the 32-year-old immediately felt back at home with Killie and manager Steve Clarke.

In his first interview since returning to Ayrshire, the on-loan midfielder sat down with Killie TV to discuss his dramatic return, facing Killie as a Celtic player and his hopes for the rest of the season.

Mulumbu made his first appearance of his second spell, coming off the bench at Dens Park and reflecting on his first week with Killie, Youssouf said: 'The first thing I noticed was that everybody was smiling because they were happy to see me and I’ve known Steve Clarke for a long time and even when I was at Celtic, I was in contact with him.

'It’s been a fantastic effort from the lads and I was watching the table and the team was first, second and we just need to keep going.

'We just need to work hard and do our work on the pitch. It’s easy to say but it is very hard to do. As we saw yesterday [against Dundee] every team will wait for us and ready to beat us so we need to keep going.'

Having signed a two-year deal with Celtic this summer, Mulumbu's debut for the Scottish champions came at Rugby Park as Steve Clarke's men ran out 2-1 winners thanks to Stuart Findlay's injury-time header.

And it is a day that provoked mixed emotions for the DR Congo international.

He added: 'I just feel at home.

'You know when I signed for Celtic and I played against Kilmarnock it was a bit weird for me because I was happy to be back in my stadium but at the same time, I had some challenges and the fans didn’t really like it.

'But it is all clear and I’m a Kilmarnock player for now and I’m going to try and do my best for the fans and the team.'