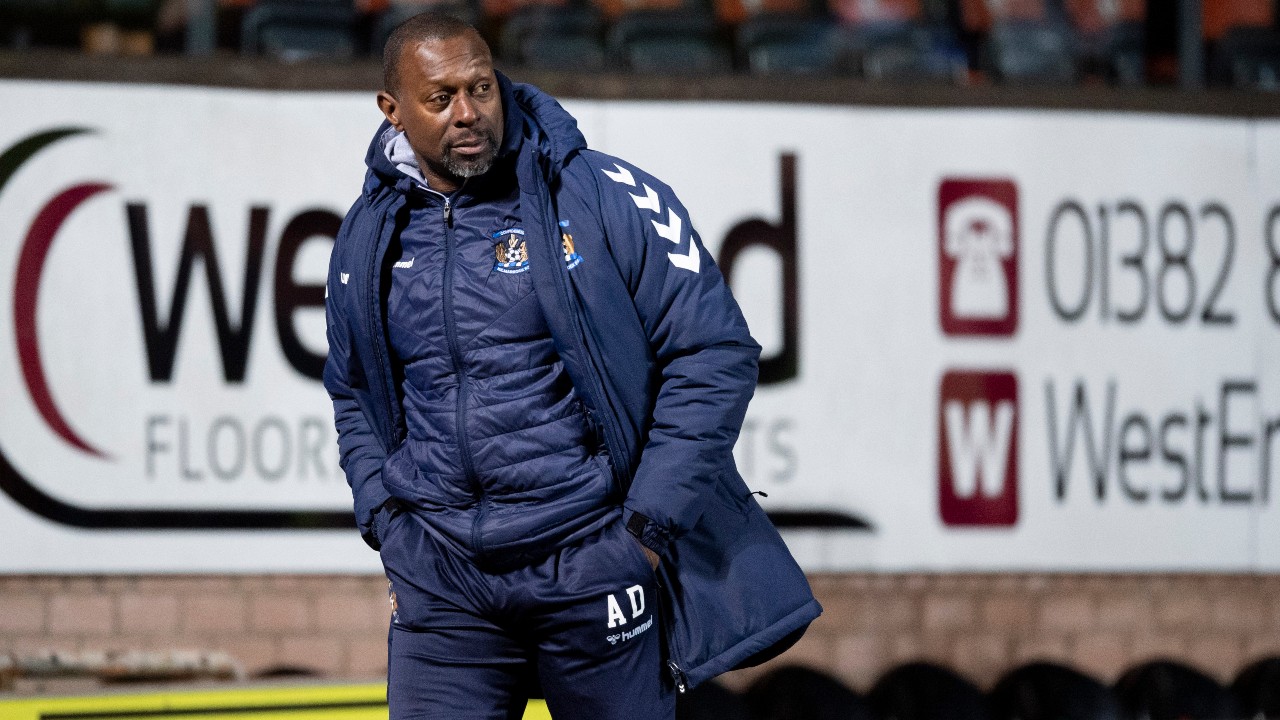 Alex: We have to stick together after Utd loss

Alex Dyer says unity will be critical in overturning Killie’s form ahead of our Boxing Day clash with Livingston after seeing his side go down 2-0 to Dundee United.

Two goals in four minutes from Marc McNulty and Lawrence Shankland did the damage on Tayside to make it four consecutive defeats for the Ayrshire men.

Speaking to Killie TV after the game, the manager wants his group to stick together and find a collective solution to picking up valuable Premiership points heading into 2021.