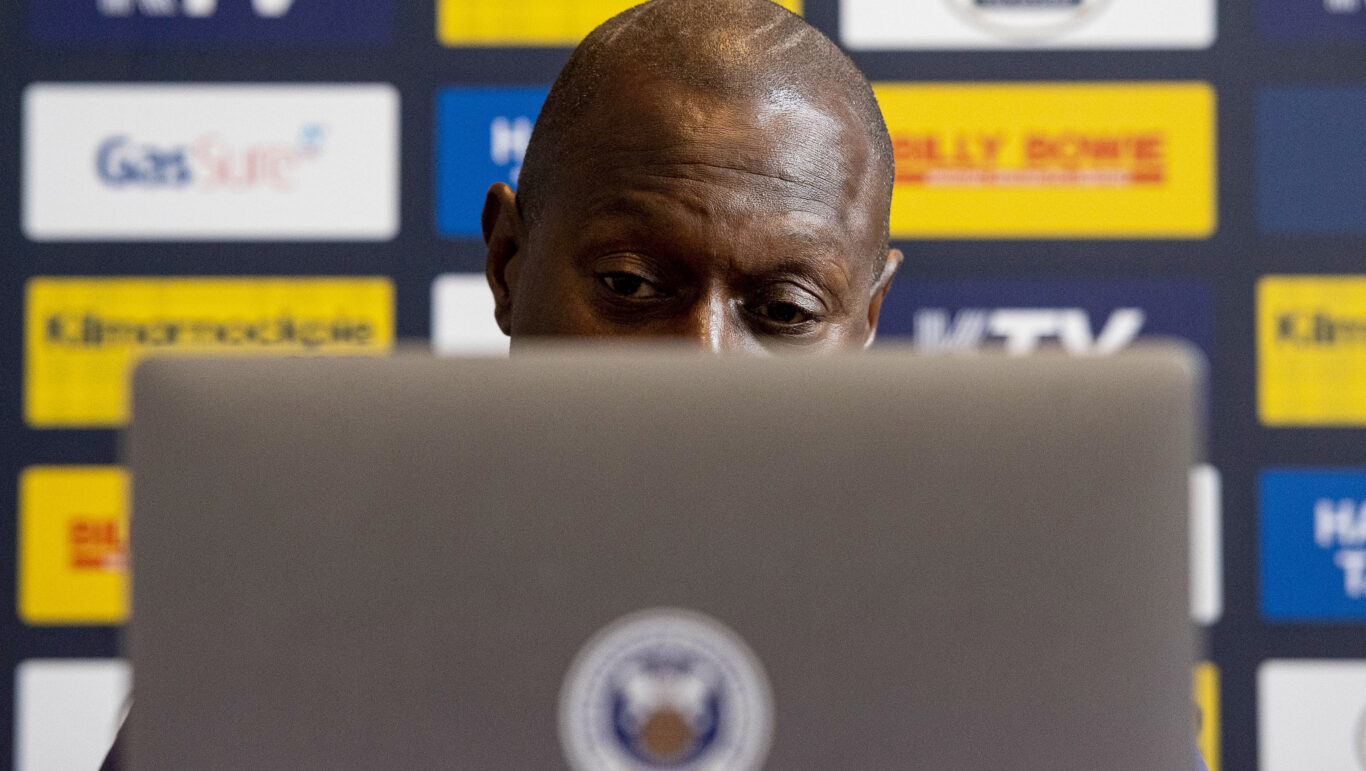 Alex Dyer says the club is as ready as it can be ahead of tomorrow’s Betfred Cup clash with Dunfermline Athletic at BBSP Stadium, Rugby Park.

Following the coronavirus outbreak at the club forcing Killie to forfeit our opening Betfred Cup tie with Falkirk, Alex Dyer expects to welcome back five senior players into the fold, with the rest of the squad being composed of Under-18s.

Whilst admitting preparations for the game have been severely affected, with the majority of the squad still in isolation, the Killie boss was content to have at least a blend of youth and experience at his disposal ahead of tomorrow’s clash with the Pars.

“A couple of the senior boys have trained today with the young lads. We assessed how the older boys got through that training session  to see if there was any negative reaction,” he told the assembled media ahead of the game.

“At the moment I have five back; four outfield and one goalkeeper. They’ve had their ECG and we’ve gone through all the right protocols to make sure they’re ok, checking that their hearts and lungs are healthy and in good condition.

“It was obviously disappointing to have to forfeit the Falkirk match, but the welfare of the kids was the most important thing. It would have been wrong to play 18-year-olds against fully grown men, they’re not physically mature enough for that on their own yet.”

With senior pros now available to help the young lads through their first taste of first team football, Alex said he had been working closely with 18s coach Craig Clark to assess which of the young guns were ready to step up.

“Half of them hadn’t even played any reserve team football. With five first team players in, at least we can give Dunfermline an actual football match.

“I’ll work with their coach to see which ones are best placed to make that step up to the first team. With senior players alongside them, they’ll be ok.”

After an extraordinarily difficult week for the club, Alex says he’s been in regular contact with the rest of the first team as they complete their isolation periods.

“We had a couple of Zoom meetings with the lads who are isolating, sent them some programmes to help keep them ticking over.

“We’ve been one of the unlucky clubs that have been affected.”