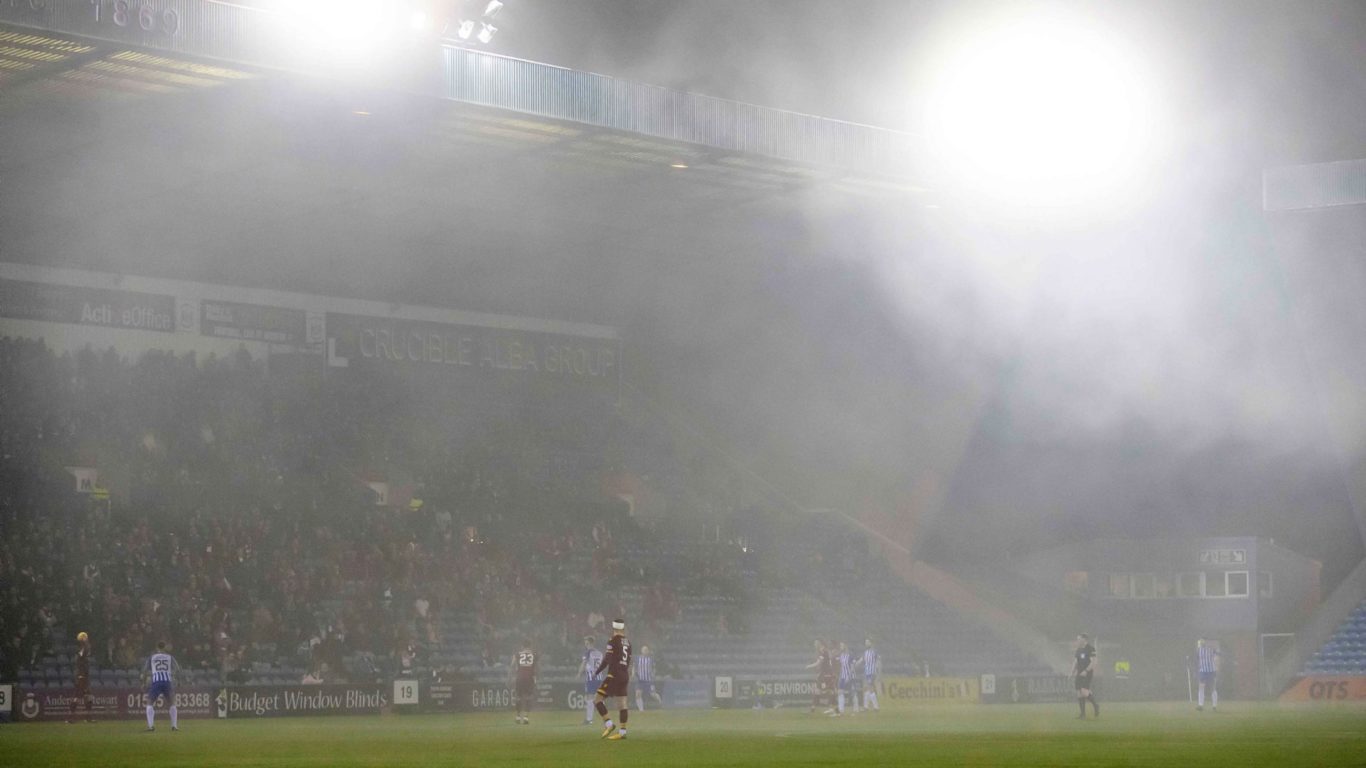 Heavy fog surrounded Rugby Park during half time, meaning the official called a halt to the game one minute into the second half.

With visibility so poor for supporters and players, Dyer says the whistler had no choice but to bring matters to a close.

Reflecting on the 45 minutes of play, he added: “It was an even game.

“They had a good opportunity, we had a couple of balls whipped across the box so I thought it was even game and we go in at half-time and both teams would be fairly happy.

“We were hopefully coming out in the second half and step it up a bit, but it wasn’t to be so we’ll wait until the next time when we play them again.”