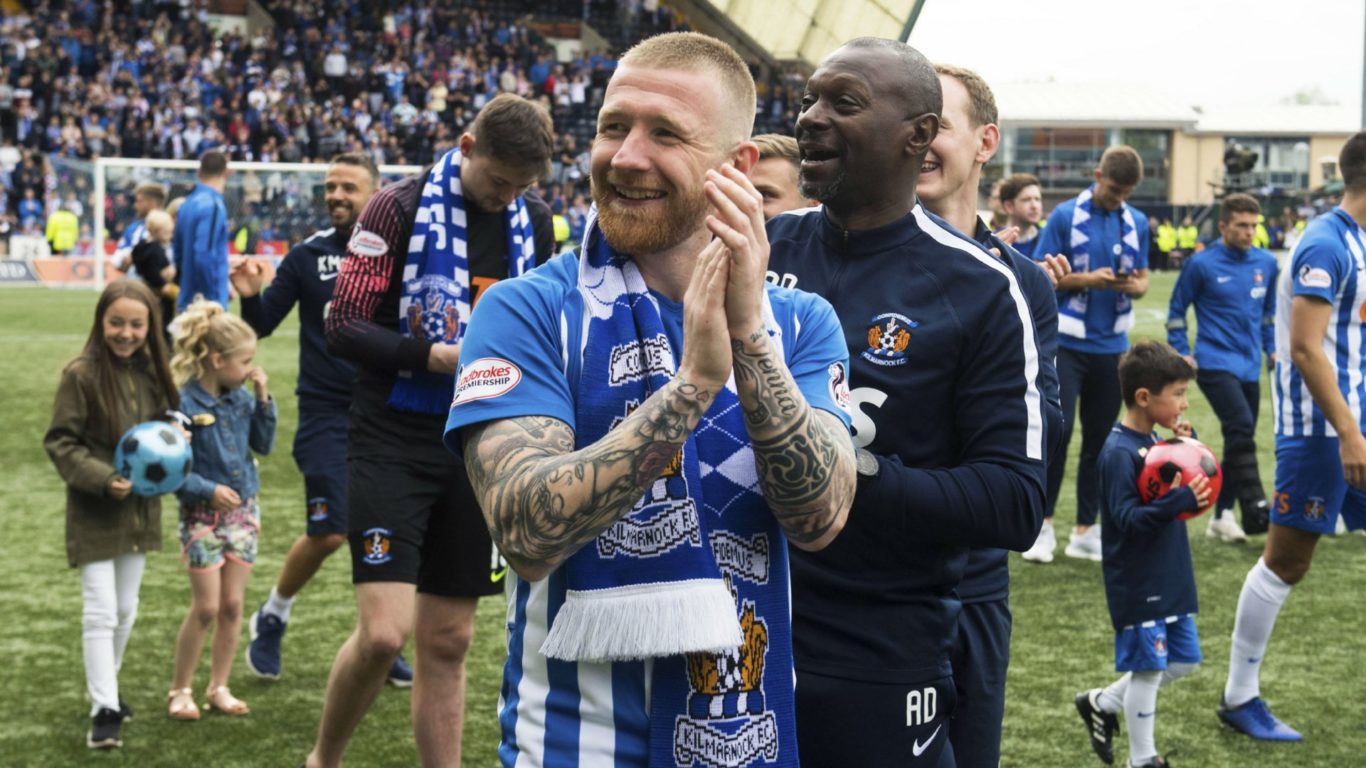 Alex Dyer looked back on Kilmarnock’s stunning turnaround in form after this afternoon’s 2-1 victory over Rangers at Rugby Park.

The win clinched a third placed finish and European football next season for Killie, and Dyer was over the moon with the performance.

“It was a brilliant game, great to be part of it. I was gutted for the gaffer that he couldn’t be there, but it was a good moment,” he told Killie TV.

“Everyone played their part today, not just the players – everyone around the club. “

It’s a far cry from the position Clarke and Dyer inherited the club in, and spoke of how thrilled he was at how far the club has come since his first match at the wheel.

“The crowd was great today. It’s a big improvement compared to when we first came in. I think our first game was against Hibs on a cold Halloween night: there weren’t many people there.

“The fans have bought into what we were doing. I hope we’ve made it so that they can enjoy their weekends again. I think they know how much effort the lads put in.

“The rules that we’ve laid down is you run, work hard and do everything you can for this football club.

“It’s been an outstanding 21 months. I came up here an old boy who had lost his way a little bit, then I came up here for the football and it gave me that drive.

“The lads have been really refreshing, they come in with a desire to win and work hard every day.”