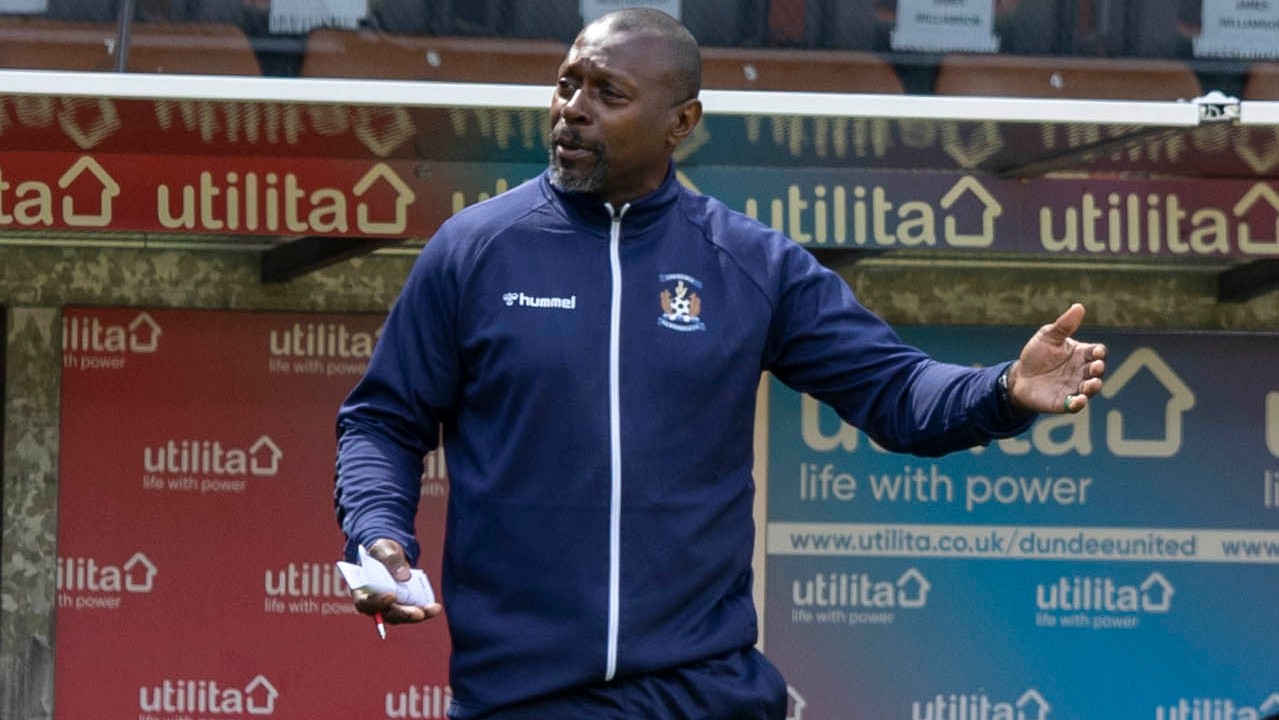 Alex Dyer expressed his pleasure with the work his Killie players have put in during pre-season as the countdown to our Premiership opener against Hibernian steps up even more.

Greg Kiltie scored at Tannadice as Killie drew 1-1 with Dundee United in our final run out after games with Motherwell and Livingston.

Cammy Smith opened the scoring for United within 60 seconds while substitute Kiltie matched that feat at the start of the second period to ensure matters ended all square on Tayside.

Reflecting on our preparation for the campaign ahead and looking forward to our Easter Road trip, the manager said: “I hadn’t even sat down in my seat and we were one goal down but we regrouped after a good 15 minutes and I thought we played well after that. We moved the ball better and created chances.

“I switched things around in the second half and we got the goal early doors and we had most of the game but it was a good workout for the boys.

“I’m happy with the work we’ve done this summer. We’ve had a good pre-season and the lads have trained very well. We’re still rusty in areas and it will take time to pass the ball nice and sharply, the way we want to.

“I’m excited for the next week and the first match against Hibs. It’s about putting out a side that will represent the club and put in a good performance.”