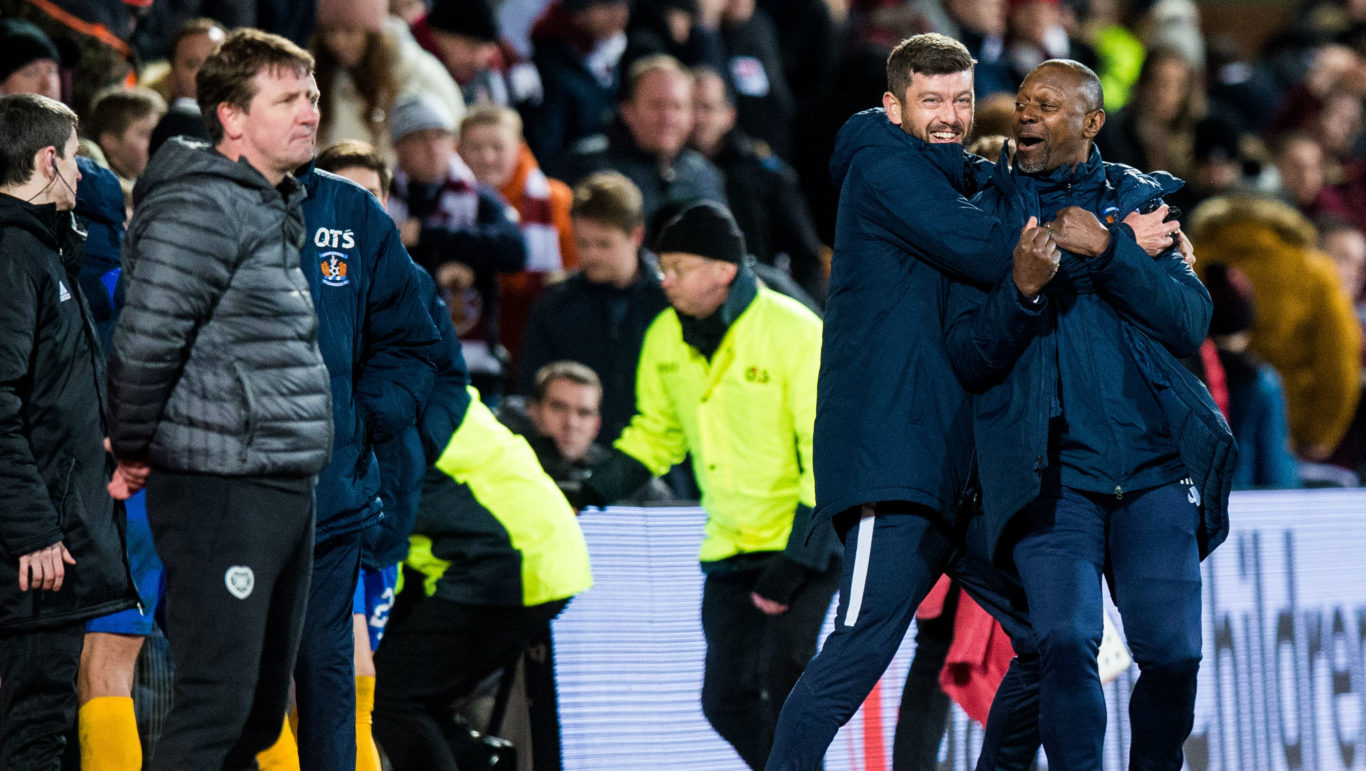 Alex Dyer on victory at Tynecastle

Alex Dyer was a happy and relieved man as Killie clung on at Tynecastle to claim a precious 3-2 win over Hearts.

Goals from Stuart Findlay, Chris Burke and Eamonn Brophy saw Killie surge into a 3-0 lead in the capital only for a nervy ending thanks to Sean Clare penalty, Craig Halkett strike and a red card from Laurentiu Branescu.

After the eventful match, Alex gave his thoughts to Killie TV.