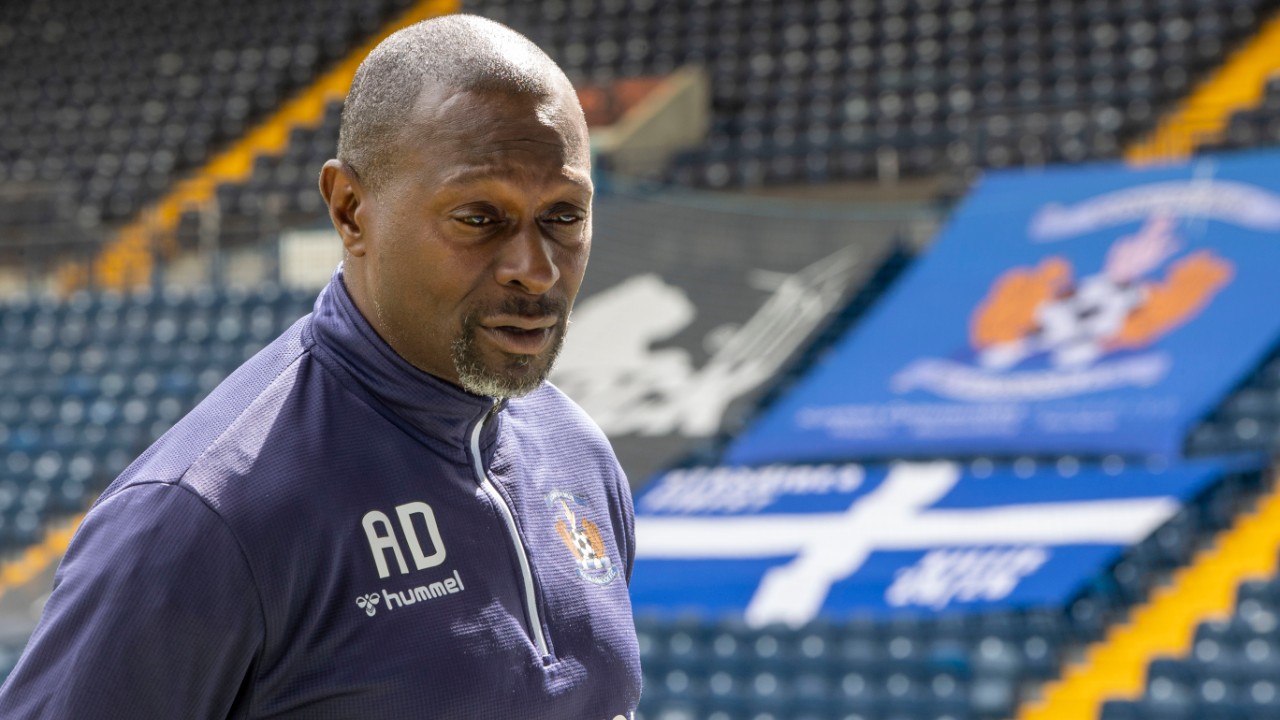 As part of BBC Scotland’s Black History month series, Killie boss Alex Dyer sat down with former Scotland international Chris Iwelumo to discuss his Rugby Park role and give an insight into his career.

Since arriving in Ayrshire in October 2017 as part of Steve Clarke’s coaching team, Alex has made a huge impact and he touches on his relationship with the former Killie and current Scotland boss during the interview.

While you’ll find out a little bit more about the manager’s playing days and top TV picks, Alex also speaks passionately about racial inequality in society and the importance of the fight for fairness.

You can listen in full through BBC Sounds

This weekend, Kilmarnock Football Club will join SPFL teams across the country in calling for an end to racial discrimination and inequality throughout society as we continue our support for Show Racism the Red Card’s Fortnight of Action.

We call on our supporters to continue to challenge racism. It is the responsibility of us all to ensure that the anti-racism message is carried out beyond the Fortnight of Action.