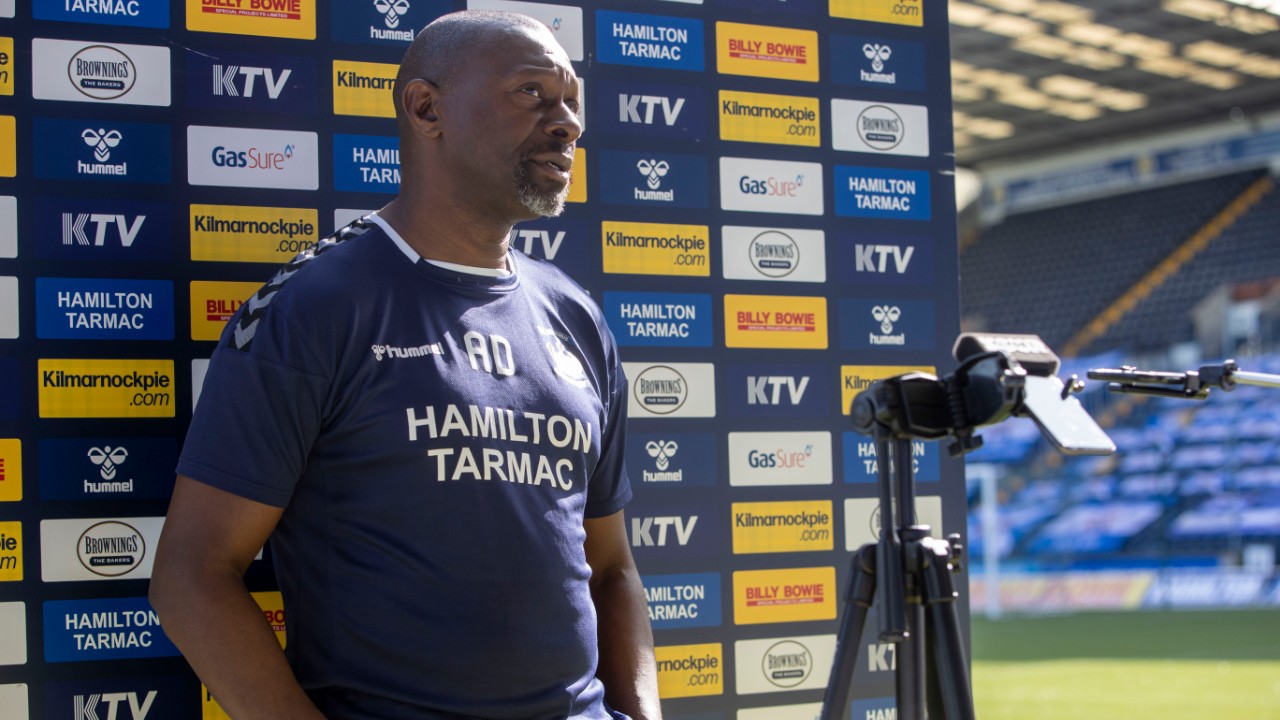 Alex Dyer has sympathy for opponents Hamilton following their COVID testing complications this week but he wants his Killie side to be ruthless on the field when taking on Saturday’s visitors.

The manager spoke to Killie TV ahead of the game, gave us the latest squad news as well as the squad options.