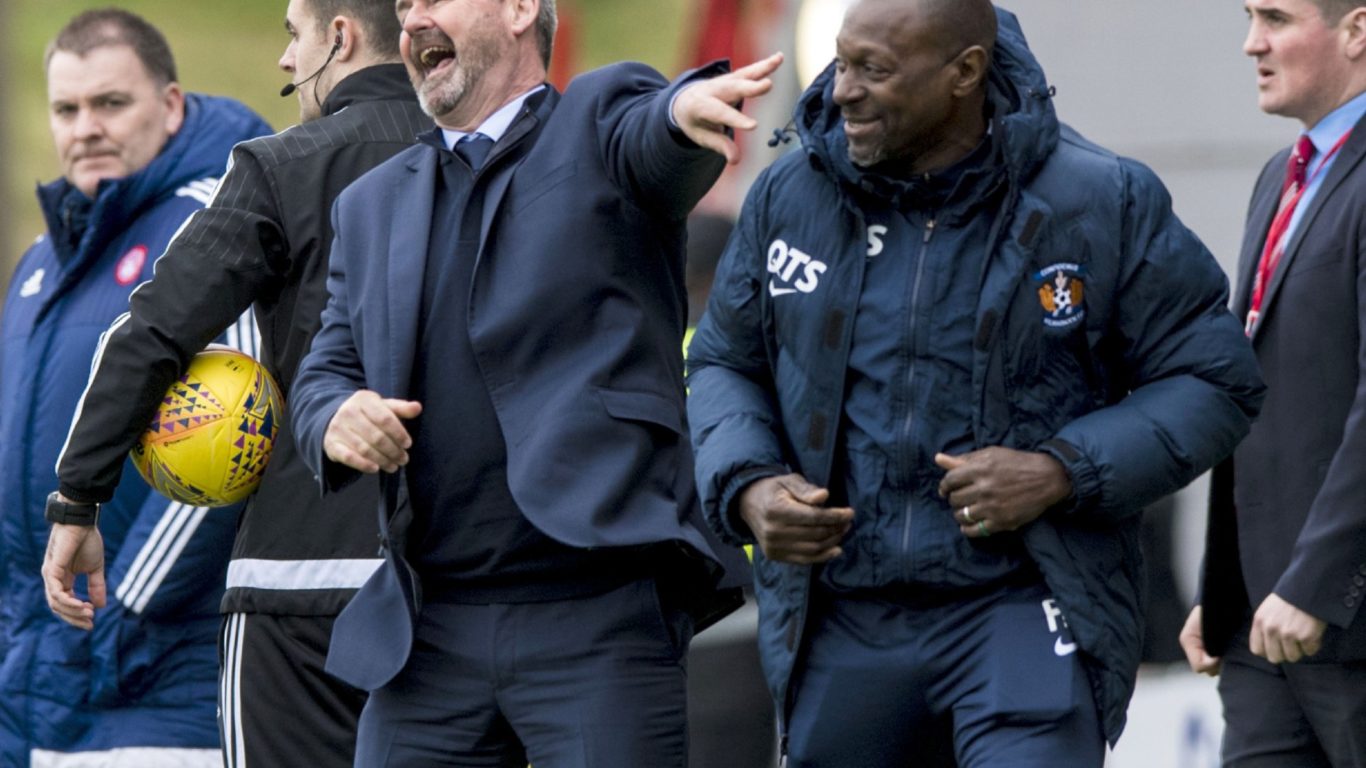 Alex Dyer hails his side for epic performace on the park

Goals from Conor McAleny, Youssouf Mulumbu, Chris Burke and
Mikael Ndjoli along with a maiden strike for the club from Greg Taylor, saw
Killie secure all three points as they continue their march on the top three.

“Absolutely outstanding today, I thought that ever single
player was brilliant,” he said to Killie TV.

“From the boys that started to the subs that came on – every
single player played their part. It’s a great result for the club and the
boys.”

There have been plenty of memorable days since Steve Clarke
arrived at Rugby Park, but Dyer reckons this was up there among the best – and
spoke of his delight at the range of options the management team has.

He continued: “It was probably the best all-round performance
since we started at the club. The chances that fell our way, we took.
Everything fell into place and we had some good luck today.

“It’s great
to know we’ve got such a big range of options on the bench. It’s something that
the gaffer says all the time and we saw that today. Even when they’re not
starting – he reminds them that they’ve got a part to play.”

Just about
every goal in todays clash was memorable in its own way – and Alex spoke of his
delight for Greg Taylor, but wasn’t quite as sure whether Burke’s goal was
legitimate or an own-goal!

“You’d have
to ask Burkey about that one,” he laughed. “As for Greg, we’re all delighted
for him – he works so hard in training and always does his extras.

“It’s
something he’s worked on, and we’ve been telling him to aim at someone or to
look at shooting across the face of goal.

“I felt like
all the goals were a team effort, working hard, some good passes and great
goals.

“The boys
have been working hard recently and haven’t been getting the results they
deserve. Today was just our day, and now the lads can go away and enjoy themselves.”