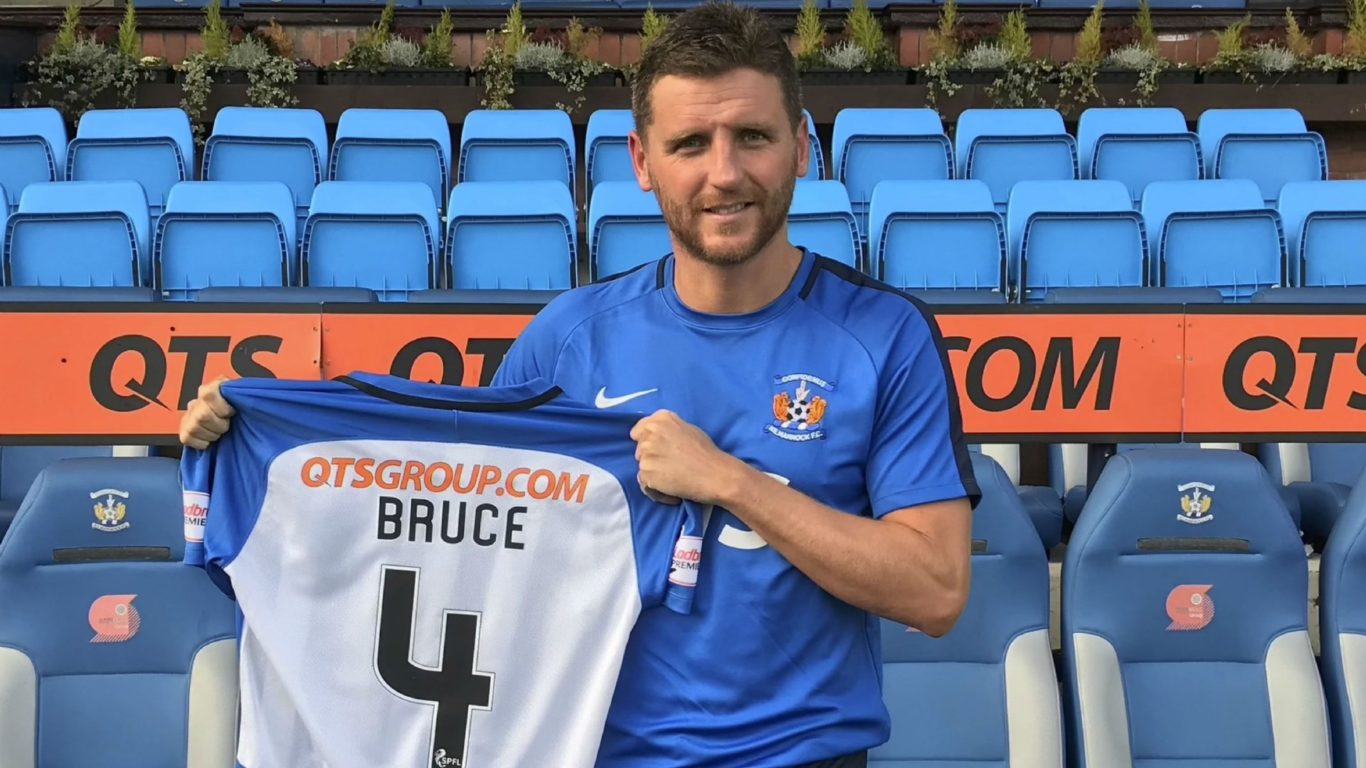 Alex Bruce says he knew he wanted to join Killie as soon as he took in Kilmarnock’s win over Rangers at Rugby Park.

The central defender took in last month’s 2-1 triumph over the Ibrox side and was blown away with the atmosphere and the team’s performance.

After joining Killie until the summer subject to international clearance, Alex said: 'The biggest thing when I came to watch the game against Rangers was the work ethic of the lads and the way they dug in for one another.

'As soon as I left the game I thought, I wouldn’t mind joining that group. They look like an honest bunch and I look forward to playing with them.

'The atmosphere was great with the lads getting the winner in the second half and hopefully I’ll prove to be a lucky charm.

'Everyone knows that Kilmarnock are having a great season and once I got everything finished with Wigan then I wanted to jump on the bandwagon and hopefully help the club be successful.'

The 34-year-old has spent his career in England with clubs such as Birmingham City, Leeds United and Hull City and he can’t wait for a change of environment in Scotland.

'It was something that I was keen to do. I believe being a footballer is a short career so I think every opportunity that you get, you have to grab it with both hands.

'I had a couple of opportunities in England too but I fancied a fresh challenge and it’s one that I’m looking forward to.

'I know it won’t be easy, everyone says it’s a physical and tough league.'

Having sought advice from former colleagues Allan McGregor and Gareth McAuley amongst others, one of the main attractions of the move was the chance to work under manager Steve Clarke.

He added: 'I’d met him a couple of times but I’ve never worked with him but I know a few people who have and they gave him glowing references. Everyone talks about how good a coach he is and I’m at the stage where if I can pick up a few things on the coaching field then that would be an added bonus.'