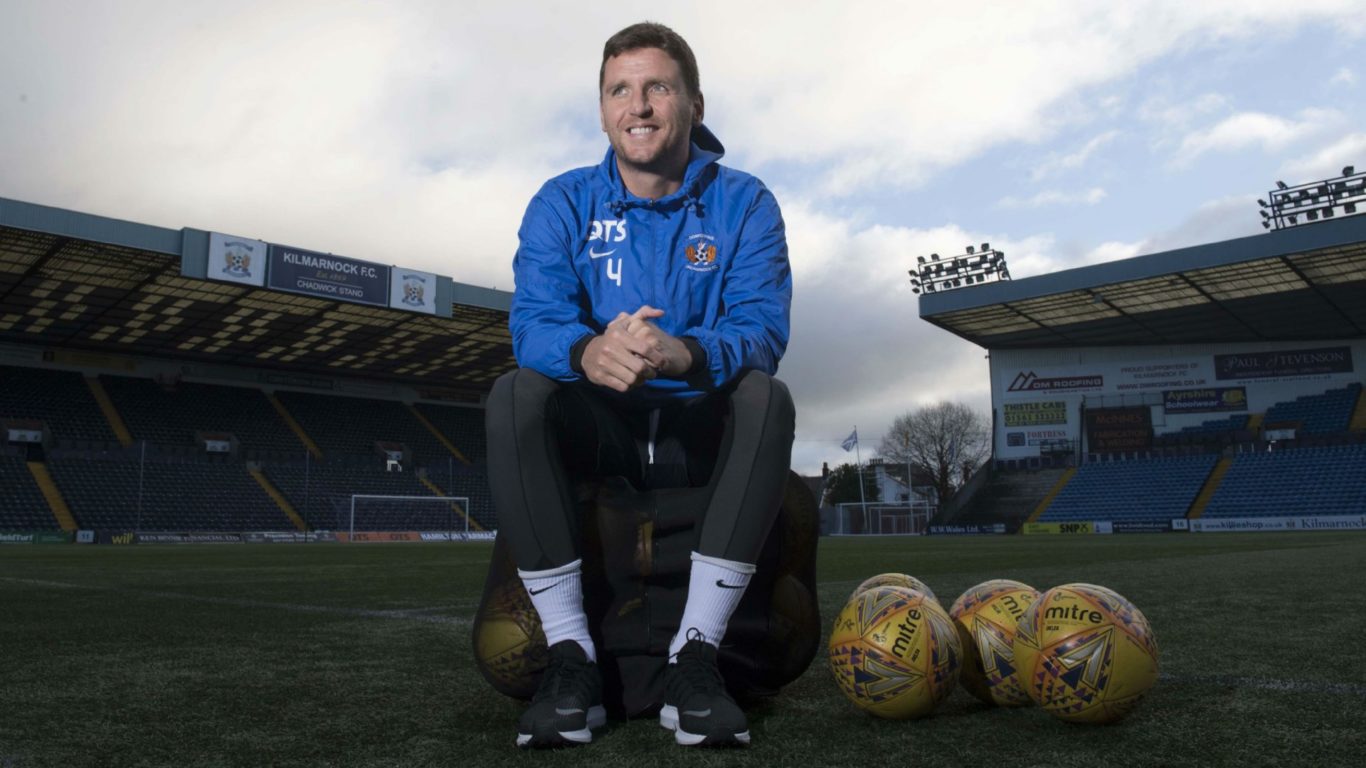 Alex Bruce means business at Killie and he can't wait to get his first taste of Scottish football on the pitch.

The experienced defender discussed the key reasons behind joining Killie and why he's so excited about the challenge at Rugby Park.

Outlining what he hopes to achieve during his time in Scotland, Alex said: 'I want to come up and enjoy it. I’ve had a frustrating 18 months at Wigan, I didn’t play anywhere near as much as I would have wanted.

'I made it clear to the manager at Wigan that I wanted to leave because I wanted to play. I want to enjoy my last few years playing not sat in the stand or on the substitutes bench.

'Coming here I intend to play and give it a proper go. I’ve left my family and my kids back in England so I mean business by coming up here that’s for sure.

'I’m looking forward to the challenge, obviously the team are at the top end of the league and I want to finish the season as strong as we possibly can.'

The 34-year-old has played for some big clubs over the course of his career including Leeds United, Birmingham City and Hull City and he was asked what appealed to him about joining the Ayrshire side.

'Working with Steve Clarke, the club itself and how successful they have been this season' he added.

'I could tell from coming to watch the game against Rangers that it is a very family-orientated club.

'Everyone is close, there’s a real good team spirit here not just amongst the players but amongst all the people surrounding the club and that rubs off straight away.

'I’m coming to be successful and enjoy it. I think that’s the most important thing when you are playing football, you’ve got to enjoy it and that’s what I intend to do.'