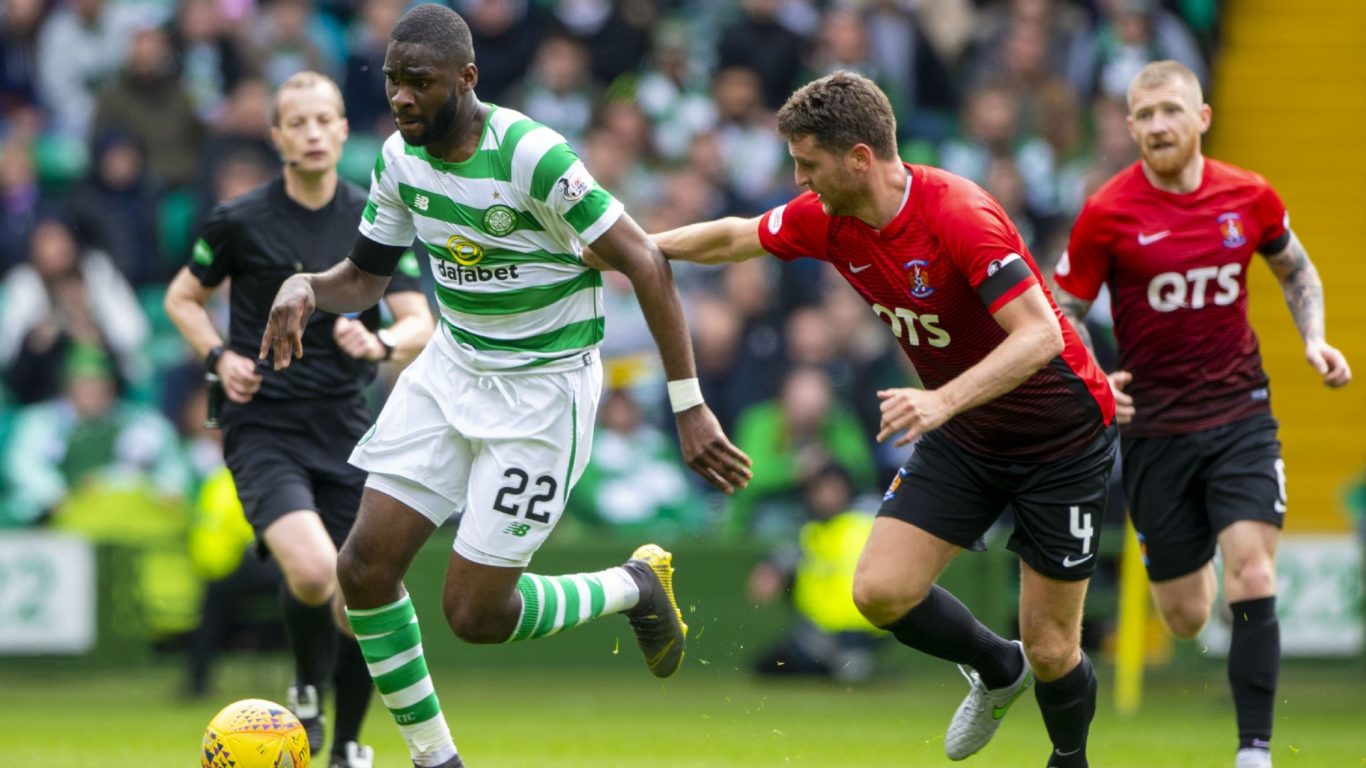 Alex Bruce wants to build on his first Killie start at Celtic Park and help the team to achieve a club-record points total this term.

The experienced centre back has featured off the bench before but was thrust into the starting line up alongside Gary Dicker at the heart of the Killie back line.

And after impressing during the 90 minutes, Bruce is looking to keep his place with Kirk Broadfoot missing our next two matches through suspension.

Speaking to Killie TV, Alex said: “I’ve loved it. I had a very frustrating time at Wigan and I wanted to come and get a fresh challenge somewhere and I’ve had to wait for my chance because the lads have been doing well.

Killie were left to rue some spurned chances but Bruce feels there were plenty of positives to take into our final three games of the season.

He added: “I think the level of performance, especially when you come to a place like this you need to be on your game.

“As a neutral you could come here today and say we put in a very good shift and on another day we could come away with all three points.”

You can watch Alex’s interview in full on Killie TV.