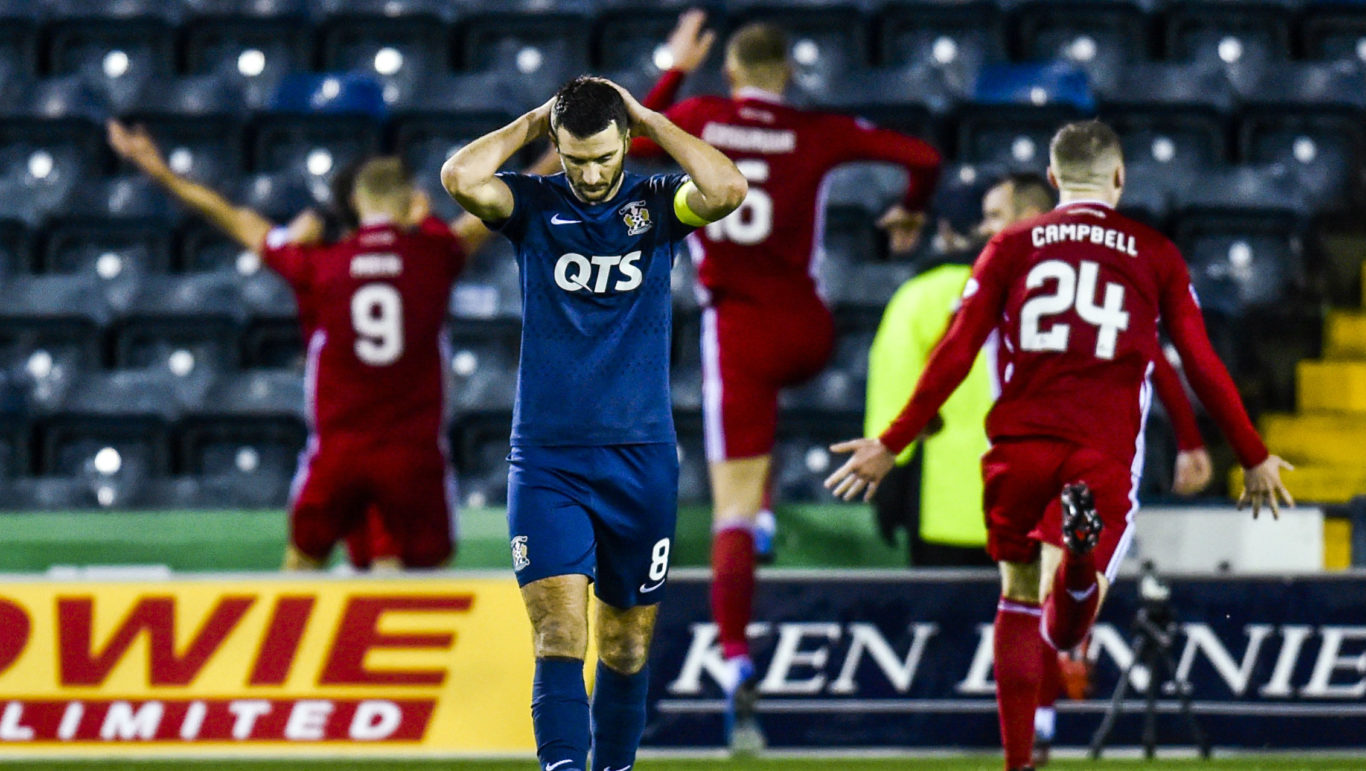 Alex Dyer said his thoughts were with the Killie fans after watching his side throw away the chance of reaching the Scottish Cup quarter-finals in an agonising 4-3 extra time loss to Aberdeen.

After a thrilling encounter poised at 2-2, Nicke Kabamba looked to have sent Killie up for a meeting with St Mirren only for a Sam Cosgrove penalty and an unfortunate own goal by Connor Johnson to send the club crashing out.

After the game, the manager spoke to Killie TV.