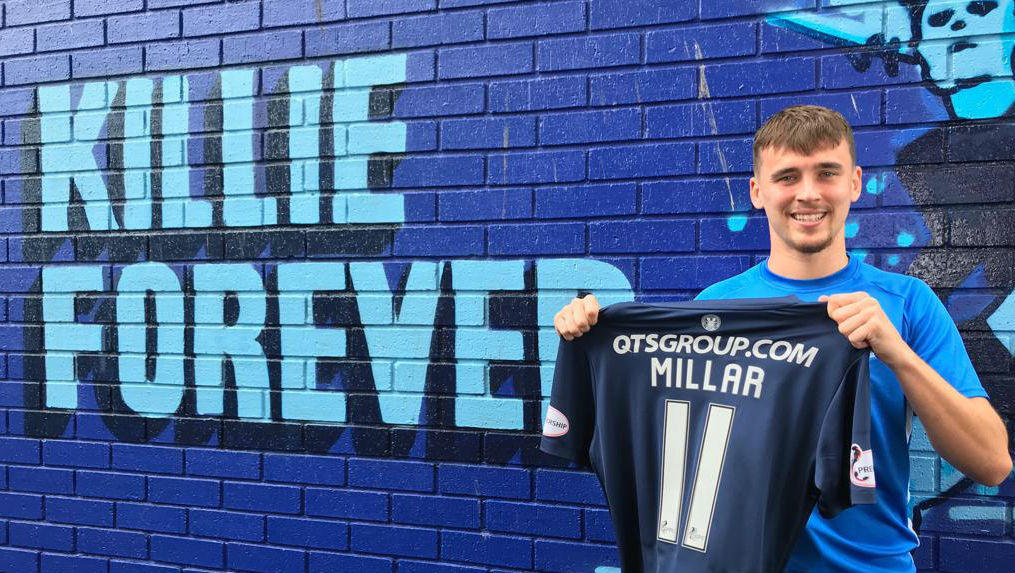 Liam Millar says the love from the Killie fans and a personal call from Angelo Alessio helped seal his Rugby Park return.

The teenager is back in Ayrshire on a season-long loan deal from Liverpool after impressing during his six-month spell in Scotland under Steve Clarke.

Speaking to Killie TV, Millar revealed the main driving forces for snubbing other offers to come back to Kilmarnock.

On his call from the manager, he said: “It helped a lot. He’s obviously trying to get players in and help the squad as much as possible.

“The fact that he called showed he’s really trying and I was delighted when I got the phone call and it showed how much he wanted me here to come back and help the team.

“The love that the fans have for me was another reason for wanting to come back.

“The fans were amazing with me and while I didn’t play a lot, I still showed them what I could do. They had faith in me and cheered me on and I had never experienced that before so it was very motivational for me.”

Liam also discussed his summer playing for Canada at the CONCACAF Gold Cup as well as making his first-team debut for Jurgen Klopp’s European champions.

Liam’s first interview is free to view on Killie TV and the club’s YouTube channel.