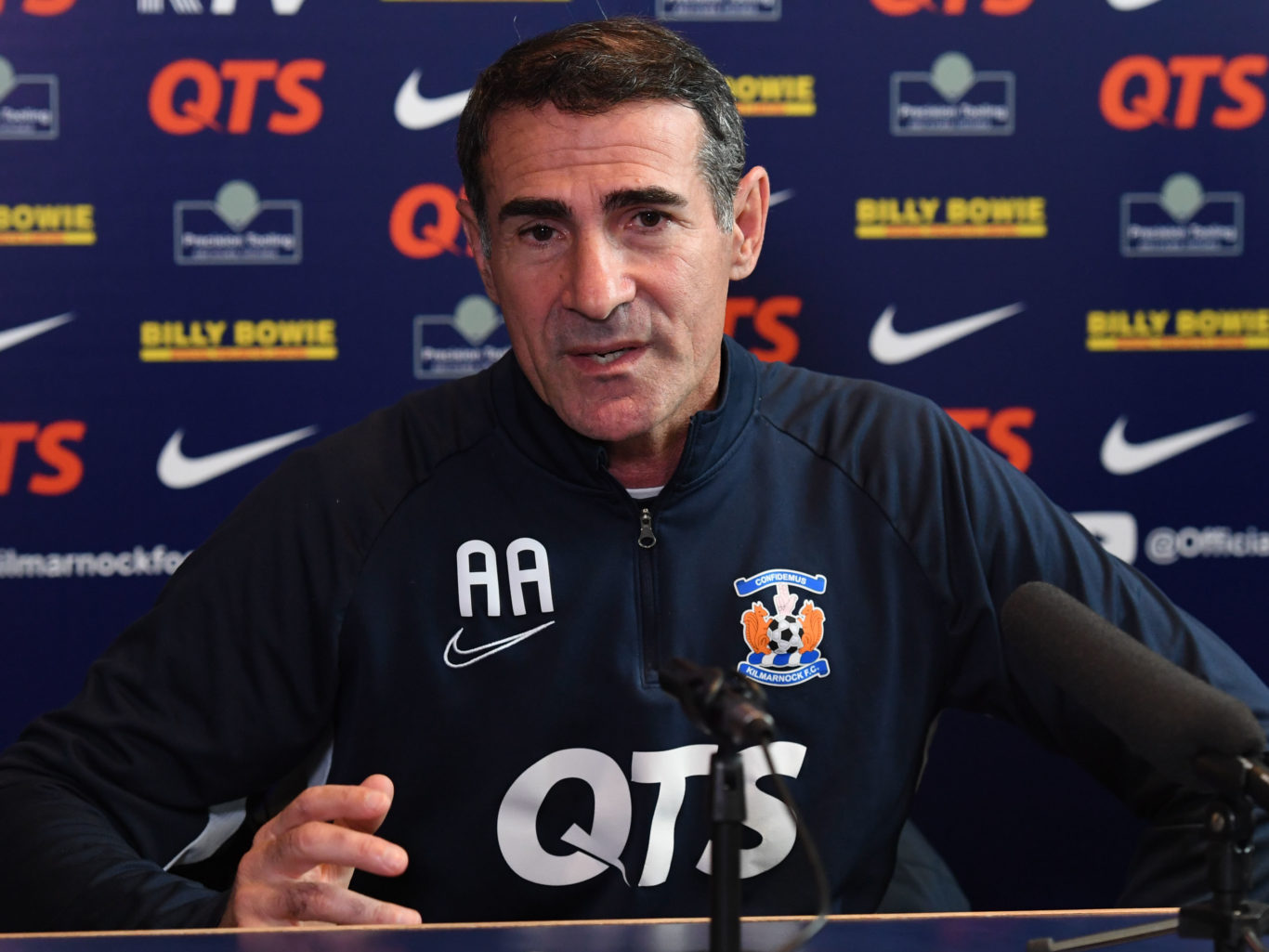 Angelo Alessio says he’s pleased to bolster his attacking options ahead of Saturday’s return to Scottish Premiership action against Livingston.

“We needed another striker after Osman Sow’s injury,” he told the assembled media at his pre-match press conference.

“I think he can help our team. He trained with us for a week and then signed his contract.

“He is similar quality and skill with Brophy. He has a lot of experience in the Premiership and it’s important to have him here, it is important to also have another alternative to Brophy.”

Whilst Stuart Findlay excelled for the national team at Hampden, Angelo was pleased to get extended training time with his team during the international break.

Livingston are up next on the agenda and with former Killie hero Gary Holt’s team enjoying another good season, including a fine 2-0 win over Celtic in West Lothian last time out, Angelo knows how stern the test will be.

“Of course, it will be very difficult,” he added.

“They’re above us in the table right now, and deserve to be. Every game is tough, but I think this can be a good test for us.

“It’ll show our ability, and hopefully our progress as a team. We respect them, but believe we have the ability to win this game.”