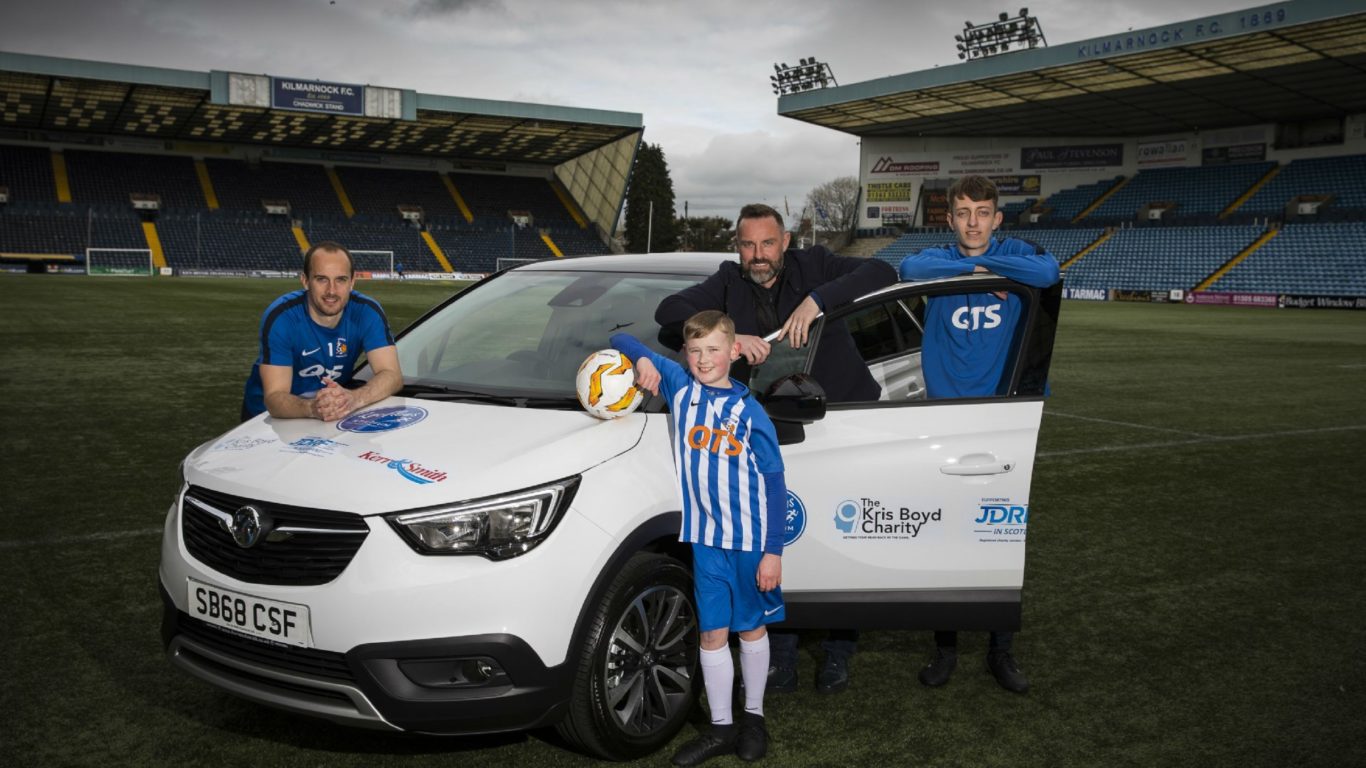 A ten-year-old Killie fan is showing that diabetes won’t get him down as he sets off on a tour of Scotland’s top stadiums to raise cash for two charities.

Lochlan Murdoch will complete his own Stadium Marathon by visiting 14 grounds next month in aid of JDRF Scotland and the Kris Boyd Charity.

Starting in his home town of Cumnock on April 2, Lochlan will complete a two-mile walk around Townhead Park before doing the same distance at each Scottish Premiership stadium as well as Hampden Park.

The walk will end at Rugby Park on April 6 as Killie take on St Johnstone in our final pre-split Premiership match. Killie stars Jamie MacDonald, Kris Boyd and youth goalkeeper Jamie Walker were on hand to wish Lochlan luck before his adventure begins.

Lochlan has had type 1 diabetes for the last five years and wants to help JDRF Scotland fund research into the condition. The youngster suffered a severe leg break in May 2018 and as he dealt with the mental strain of being unable to play, it was football and his love of Killie which helped him.

Speaking about the challenge, Lochlan’s mother Lesley said: “It makes me so proud when I see how much effort the wee man puts into doing so much for charity. He came to me and asked about doing something for Kris Boyd’s Charity and the JDRF.

“I owe a massive thanks to the club for all the help in organising things and all of the other clubs in Scotland for accommodating us and allowing us to do this in their stadiums.”

Everyone at the club wishes Lochlan all the best in his challenge and we look forward to seeing him for the final leg at Rugby Park on April 6.