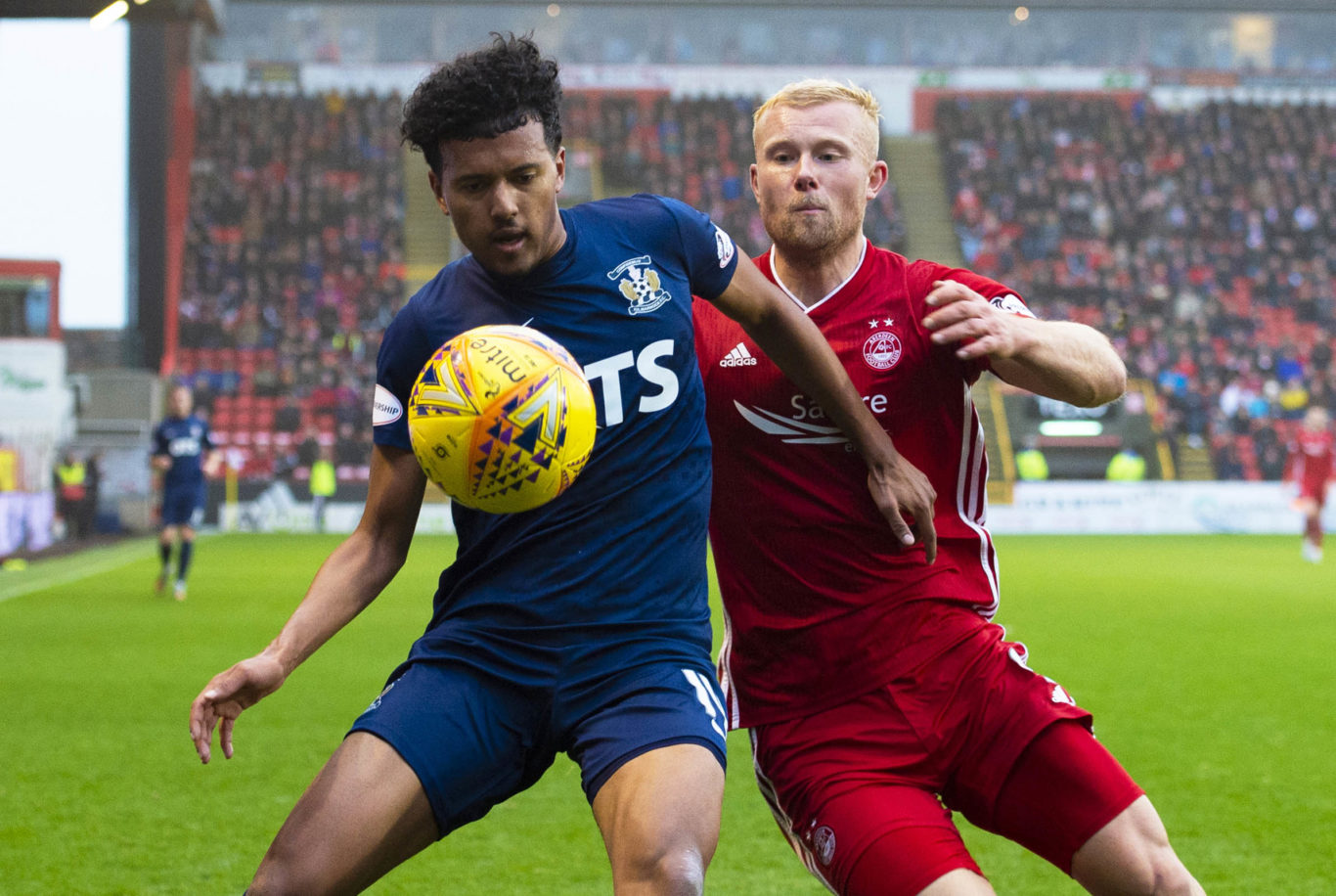 Aberdeen secured all three Premiership points, after hitting Killie for three on a rainy afternoon in the Granite City.

Two first-half headers from Sam Cosgrove and Curtis Main hurt Killie in the first half, before a cute finish from Scott McKenna late into the match ended the game as a contest.

It took just eleven minutes for The Dons to open the scoring, Curtis Main diving well to connect a head to Lewis Ferguson’s swooping pass.

Hitting back through fine play from Liam Millar and Alan Power, it wasn’t enough to suppress a strong Aberdeen who bagged their second on the half-hour mark – the talismanic Cosgrove rising high to power home a well-worked Niall McGinn corner.

And despite a much more solid showing in the second 45, with Gary Dicker reinstated to midfield as Stephen Hendrie made his Killie debut at centre-back – Scott McKenna turned home Greg Leigh’s flick-on to put the result beyond any doubt.