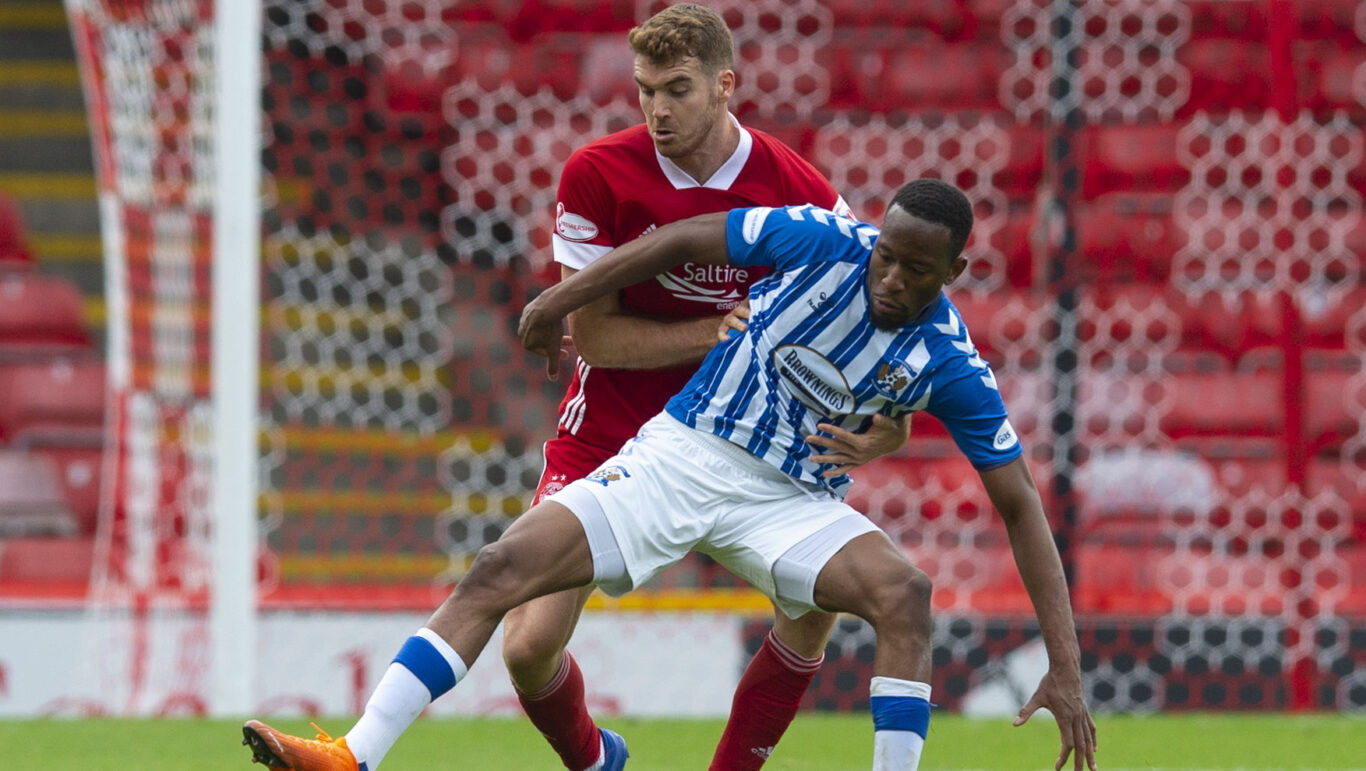 A fine first-half finish from Ross McCrorie consigned Killie to defeat on a frustrating afternoon in the north east.

With a first win secured against Dundee United prior to the international break, there were few changes to the side that arrived in Aberdeen – Alan Power and Youssouf Mulumbu missing out, whilst Ross Millen returned to the right-back berth for Zeno Ibsen Rossi.

With the home side armed with the explosive attacking trident of Scott Wright, Ryan Hedges and Jonny Hayes – the Dons enjoyed an initial period of domination early on as they set the tempo.

Quick, sharp bursts down the channels cut Killie open once, twice, thrice. Nimble footwork from Wright down the left saw the winger ease the ball off to Ross McCrorie in the middle – with the new recruit applying a tidy finish to guide the ball beyond Danny Rogers and hand Aberdeen the lead.

Undaunted by an early setback, Greg Kiltie responded just moments later – elegantly shaking his marker before splitting the home side open with a quality pass that saw Cal Waters bail for the byline, his ball into the area battered away by a last gasp boot.

Kiltie was at his marauding best, an ever present threat, as he dribbled and probed for an opening – before having a pop at goal from range which forced an impressive reaction save from Joe Lewis.

Chances loomed large but the margins were small as half time approached. Calum Waters narrowly missing a ball to the back post as Killie battered away at the Dons’ door.

Injury worries were present again and as the teams emerged for the second 45, Kirk Broadfoot was forced to stay indoors as Clevid Dikamona replaced him.

Aberdeen had to weather some Killie pressure in the early stages but, like two boxers creeping into later rounds, the same energy of the first half was lacking.

Danny Rogers enjoyed a fine game between the posts, producing a string of top class saves against fellow Irishman Jonny Hayes – after the Aberdeen winger peppered his former teammate with ranged efforts.

The introduction of Rory McKenzie and Mitch Pinnock from the bench added some extra spark to the game, the two linking up well. Pinnock racing down the flank to set up McKenzie fleeing towards goal – but his effort took a deflection off the boot of Scott McKenna.

There was to be no late rally, and Killie returned to Ayrshire empty handed.