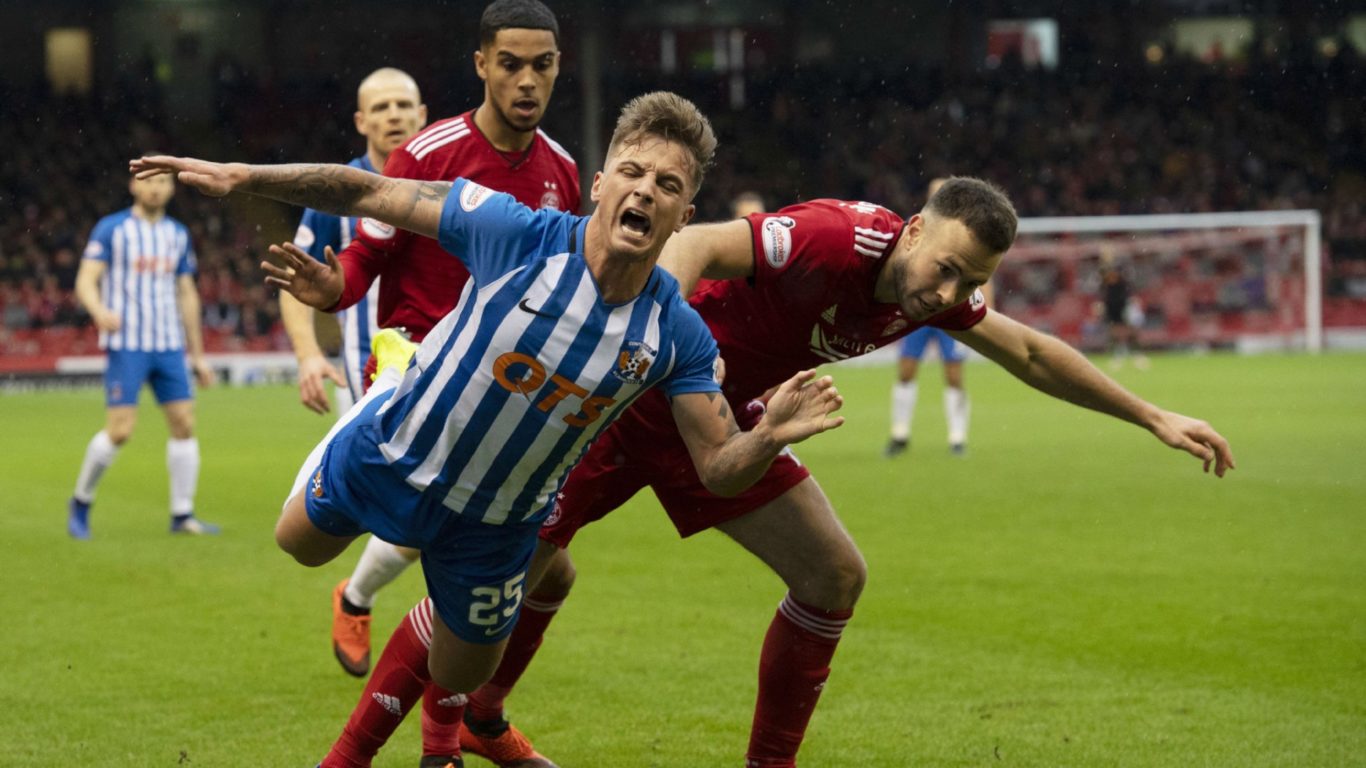 Kilmarnock dug deep to claim a point at Pittodrie as substitute Kris Boyd was sent off in a 0-0 draw.

In a game of few chances, Steve Clarke’s men stayed strong to return to Ayrshire with a point to bring a tough week to an end.

Sam Cosgrove and Eamonn Brophy were causing problems for the opposition defenders but despite much pre-match chat about Greg Stewart’s impact, the forward endured a quiet day.

Dan Bachmann was called into action to save from Stevie May in one of the rare shots on target during the 90 minutes.

The game was full of set plays and throw ins with referee Nick Walsh stopping the contest regularly.

After two tough matches following the return from the winter break, goalmouth action was sporadic with Killie remaining in their shape before Clarke rung the changes.

Boyd replaced Brophy just before the hour mark with Rory McKenzie on for Chris Burke after 65 minutes.

And after a flurry of yellow cards, referee Walsh produced a red for a Boyd slide tackle on Graeme Shinnie.

Aberdeen pressed forward to try and find a winner but Killie defended well and in numbers to ensure the 611 Killie away fans had something to shout about.