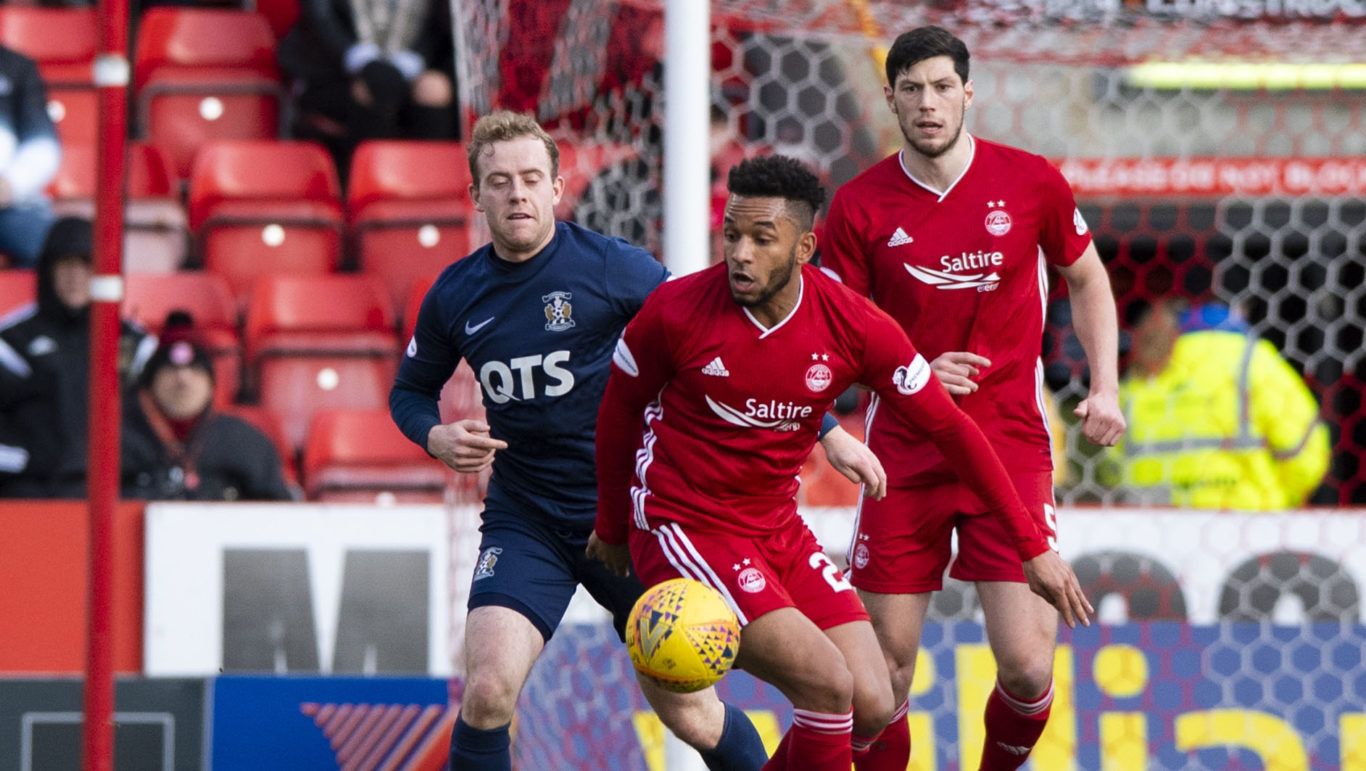 Killie will face Aberdeen at Rugby Park in a fifth round replay after being held to a Scottish Cup stalemate at Pittodrie.

On a windy afternoon in the Granite City, both sides struggled to break each other down in a poor match with little quality.

Alex Dyer made two changes to the side that defeated Hearts at Tynecastle, with Stuart Findlay and Chris Burke dropping out in place of Kirk Broadfoot and Connor Johnson.

The first half won’t be remembered as a classic any time soon as both sides struggled to serve up anything of meaningful impact as they grappled in midfield.

Killie’s best chance of the half came within the first five minutes; a surging forward drive from Alan Power slid in a lurking Eamonn Brophy, with the striker seeing his shot drift just wide of Joe Lewis’ post.

It was an equally fruitless time in front of goal for Aberdeen, Niall McGinn’s wasted free-kick from the edge of the area harmlessly sailed past Branescu following a Hamalainen foul.

With such little activity, it was going to take a big undertaking in the second 45 to see if any damage could be done.

By the time play had resumed, the Grampian wind was wrecking havoc – both sides struggling to move the ball aerially or make any real inroads at set pieces as it twisted and turned.

Brophy was it again on 63 minutes; a powerdriver strike from range saw Lewis spill at the first attempt before the Aberdeen ‘keeper collected at the second.

As Aberdeen watched another McGinn free-kick fall victim to the elements, it was quickly becoming apparent that both sides were unlikely to break the other down.

As the match rumbled on, four minutes of additional time was added on in the search for a winner.

There was to be no further action however, and both sides will see this one go back to Ayrshire on the 19th of February for the decider.