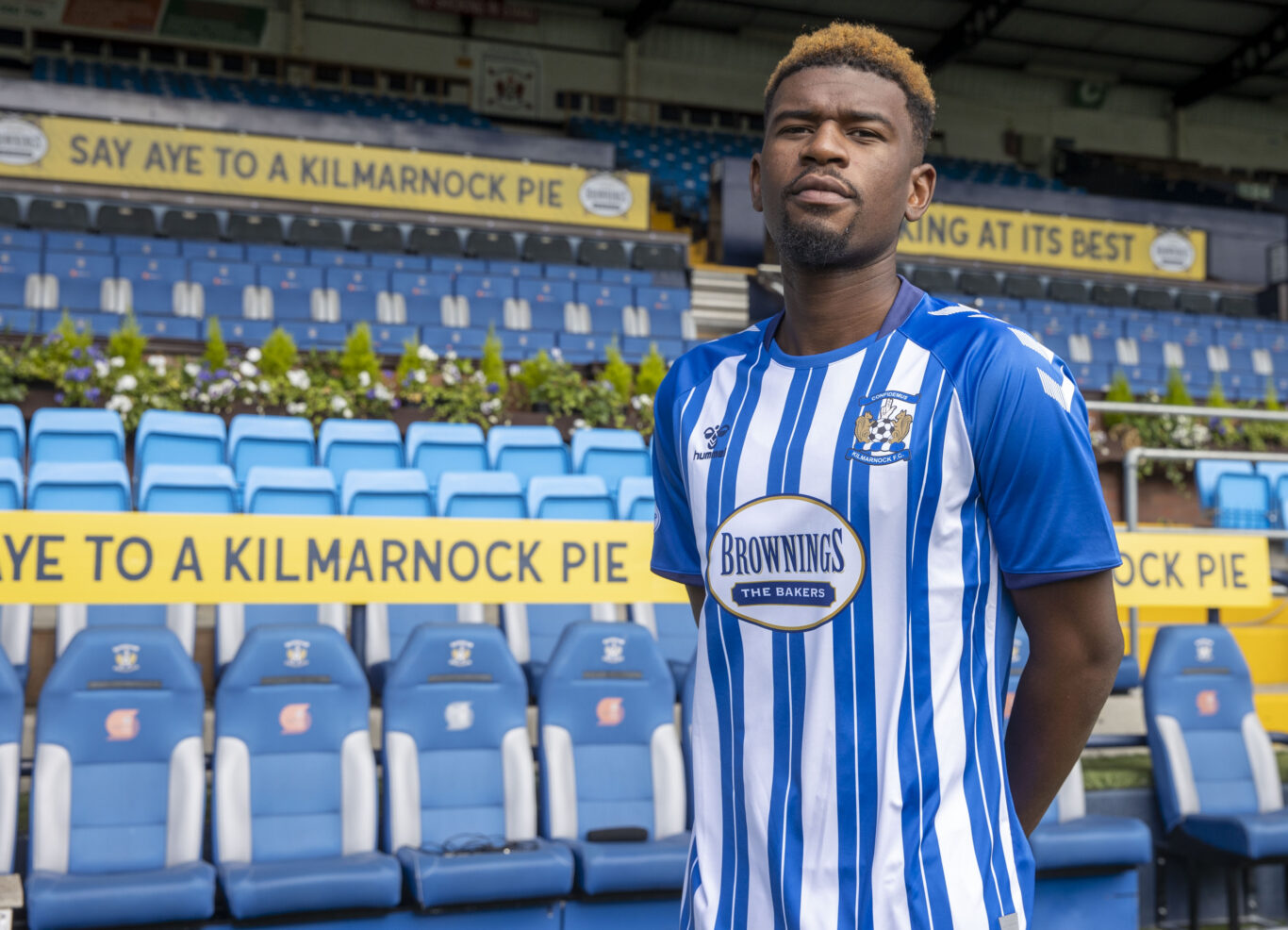 Aaron Tshibola says returning to Killie feels like coming home after signing for the club for a third spell.

The midfielder has signed a one-year deal to seal his move to Rugby Park having been part of the Killie squad during the 2017/18 and 2018/19 campaigns.

Since then, the 25-year-old has enjoyed time in Belgium and Portugal.

Aaron said: “I’m delighted to be back at Kilmarnock, where I’ve experienced two enjoyable spells already. This place feels like home to me and I couldn’t be happier to finalise this move.

“I feel I’m a better player and person from my experiences abroad and I’m ready to continue my development and work hard for the team to have a great season.”

Alex Dyer said: “We’re delighted to have Aaron back at the club and he’s a player the supporters already know well.

“He’s a talented midfielder who I believe can really help improve our squad and it’s great to have him back around the place. The squad has taken shape really nicely, and Aaron’s another piece of the puzzle.”