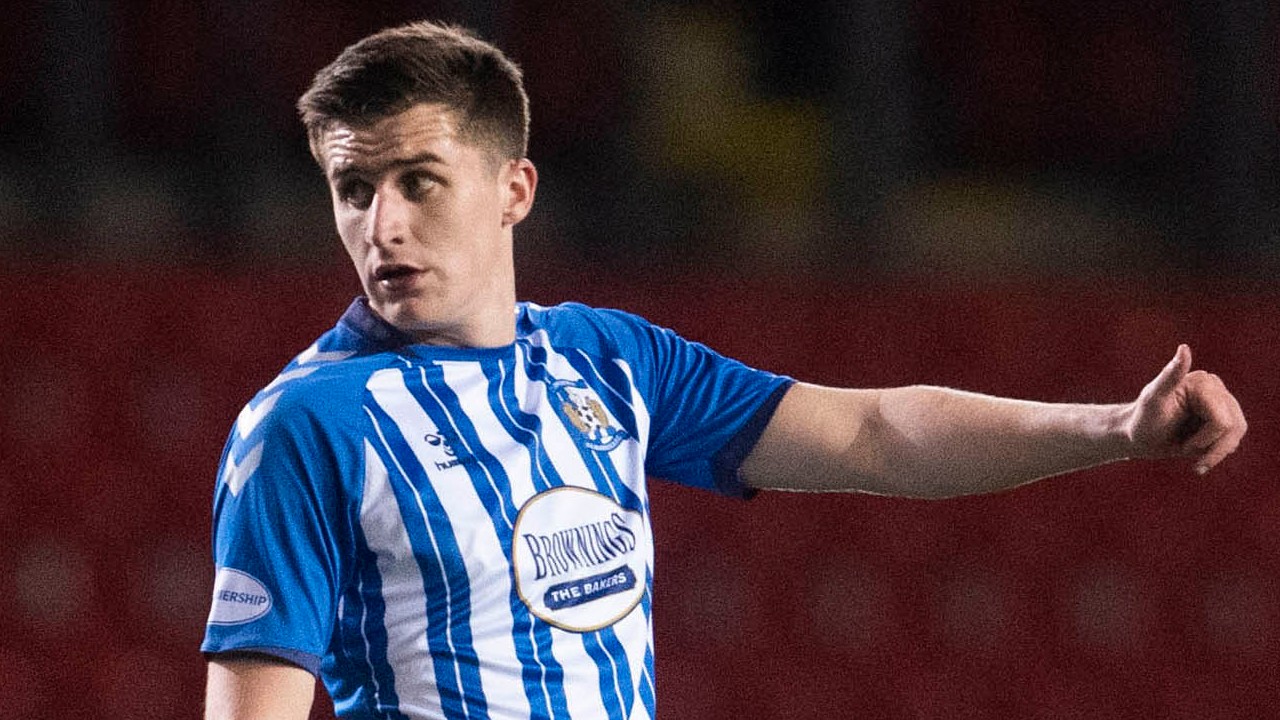 Aaron McGowan hopes Betfred Cup matches and extra training sessions with manager Alex Dyer can provide the platform to kickstart his Killie career after a period he describes as the worst of his life.

The right-back has been dealing with news of a close family member’s illness back home in Liverpool but having received a more positive update recently as well as support from staff and team-mates, Aaron believes he has the mentality to push on in a Killie jersey.

He said: “There’s been a lot of stuff going on with me behind the scenes, my personal life hasn’t been great and I’ve had a lot of problems in that.

“It’s probably been the worst few months of my life to be honest with you but at the same time, I feel there’s been a bit of positive news from my personal life and obviously playing the other day, I thought I did well and got some rust out of my legs and hopefully I can kick on now.”

Aaron expressed his gratitude to manager Alex Dyer for his support and is determined to fight for his place in the team.

He added: “Nobody sees it but I’m doing extra every day after training or coming in on my days off and doing one-to-one sessions with the gaffer.”