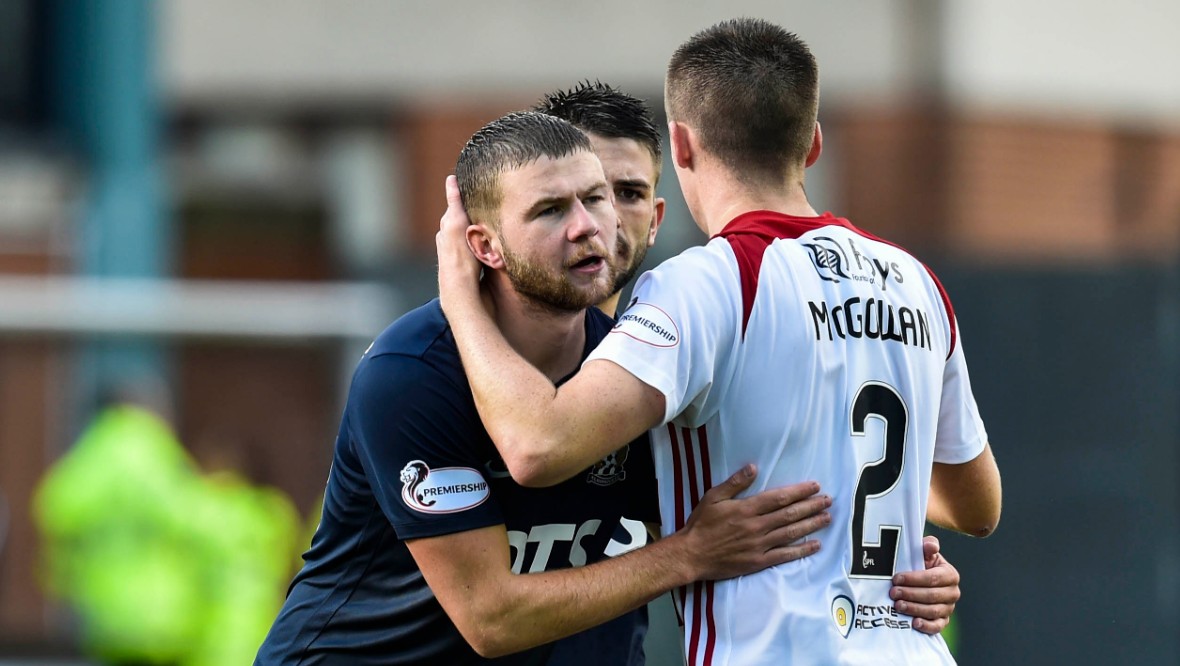 The club is delighted to announce Aaron McGowan will join the club on a two-year deal, subject to Scottish FA approval.

The highly-rated defender will officially become a Kilmarnock player on July 1 when his contract with fellow Premiership side Hamilton Academical expires and he will become Alex Dyer’s first signing since becoming manager on a permanent basis.

Aaron proved to be a fans’ favourite during his time with Accies, helping the club maintain their top flight status with many impressive displays at right back.

Now the 23-year-old, who began his career with Morecambe, will aim to claim the right back slot at Rugby Park.

“At this time in my career I felt like Kilmarnock was the right move for me,” Aaron said.

“I spoke with James Fowler and the Gaffer about what they think I can bring to the club and they really made me feel wanted, which really helped sell me on the move.

“I’m really excited to get going and I believe this can be a successful move for both parties.

“I feel welcome by the lads and staff already and now it’s time to get my head down and start preparing for our first game of the season.”

You’ll get your first glimpse of Aaron in our colours tomorrow as well as his first interview as a Killie player.